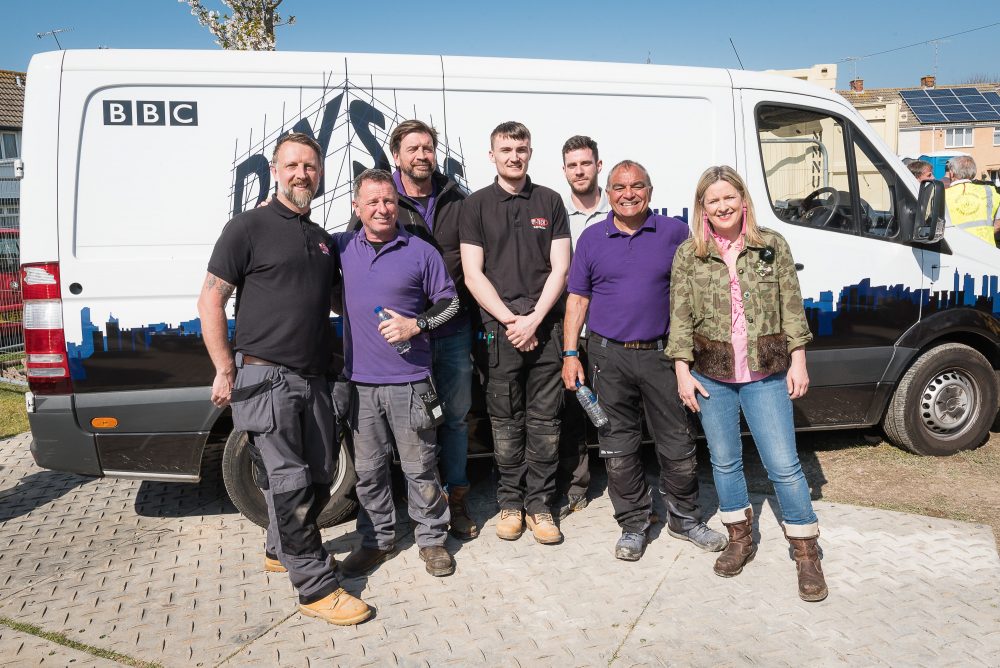 A Somerset-based spark has praised the camaraderie of tradesmen and women who came together recently to help out on an episode of BBC’s DIY SOS.

Matt Francis (pictured far left), of NICEIC registered M Tech in Bridgwater, was part of a group of tradepeople who helped create a two-storey extension for a family of five in Weston-super-Mare. He led all the electrical design and installation work on the project after volunteering his company’s services at a registration event earlier in the year.

He comments, “It was tough, as it involved nine straight days [of work], but it was such an amazing project to be a part of. There was a bit of pressure to get it done in time, but everyone got involved and there was such a good buzz on site.

“Normally on a project like that, the trades would all come in at different times, and you might not see each other. So it was interesting to see the entire process from start to finish, with everyone working in conjunction.”

It also meant working with the show’s resident electrician, Billy Byrne, who became a real friend to Francis.

He adds, “Billy was brilliant and a real gentleman. We all went out for a game of golf after the build. He also went around all the wholesalers afterwards and thanked them for their assistance. There was a real appreciation for the efforts everyone put in.”

Francis is a fan of show and wanted to get involved after seeing an advert looking for tradespeople in the area.

“I have always watched it and said I would like to get involved. When you see what that family has to go through, it makes you realise how lucky we are and that it could happen to anyone. It was great to give something back, and a really rewarding thing to be a part of.”

– The episode is due to air on BBC One later this year.

Sparkle safely this Christmas with the ESC

Sparkle safely this Christmas with the ESC With almost half of all accidental fires ...