Sprue Aegis has once again been recognised as one of Britain’s 100 top performing private companies, earning a place for the fifth year running in this year’s Sunday Times Fast Track 100 league table.

This listing ranks Sprue alongside Innocent Drinks as the only other company in Fast Track’s 16 year history to be listed for five consecutive years and is the only manufacturing company in the Midlands to appear five times.

Sprue designs, manufactures and sells smoke and carbon monoxide alarms and other safety related products throughout Europe under the FireAngel, First Alert, BRK and Dicon brands.

Graham Whitworth, chairman and group CEO commented, ‘To be recognised in the Fast Track 100 league table is in itself a great triumph, but to be recognised for five years running is a tremendous achievement – particularly in challenging economic times. This demonstrates how a clear focus from a dedicated team is a powerful combination for consistent growth.

‘We’re extremely proud of our achievement and continue in our commitment to the company’s core philosophy of creating innovative products that save lives.’ 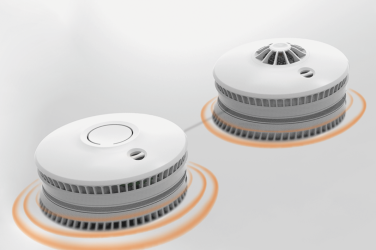 FireAngel is backing the government’s response regarding the findings of its Domestic smoke and carbon ...