Hand tools manufacturer Stanley has donated £10,000 to The Lighthouse Club in celebration of the end of its gruelling 72 hour charity ‘Big Rebuild’ challenge.

As part of an ongoing initiative to ‘give something back’ in 2013, Stanley enlisted the support of its ‘Tool Jury’ to transform a vast, open office space at the company’s Brackmills Distribution Centre in Northampton, into a spectacular showroom, meeting space and training centre in under 72 hours. Incredibly, the project was completed ahead of target in just 55 hours.

The Lighthouse Club supports the families of workers from the construction industry, who have been hit by financial crisis through no fault of their own, so was a natural choice for Stanley when planning this activity due to its relevance to Stanley’s consumers.

Sue Nelson, chief executive of The Lighthouse Club, said, ‘We are very grateful for this donation and would like to thank Stanley and the Tool Jury for giving up their time, free of charge, to complete this challenge. This money will enable us to provide financial support to thousands of families who have been plunged into economic crisis when they lose income due to illness, injury or death. Stanley and the Tool Jury really have made a difference.’

David Osborne, marketing director at Stanley Black and Decker, commented, ‘We are delighted with the success of the ‘Big Rebuild’ and very grateful to the Tool Jury for donating their time and expertise to help us ‘give something back’ to their industry. The build was a challenge for all involved but one they threw themselves into wholeheartedly and completed in a fantastic time.’

This is the first initiative of a year long partnership which will see Stanley support the charity through a variety of resources in 2013. 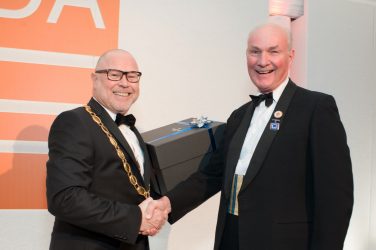 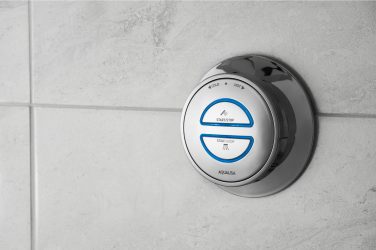 When Showers Get Smart

New offers and attractions at the NAPIT EXPO 2014