In the first quarter of 2014, ECIS questioned 200 tradespeople across all trades including roofers, electricians, plumbers, heating engineers and joiners about their attitudes to pay and conditions, business pressures and health issues.

Fifty per cent of the electricians surveyed said they felt quite positive about the year ahead and 28 per cent felt very positive. Furthermore, 94 per cent would encourage a young person to join the industry – well above the UK average of 81 per cent. Considering that most of those surveyed are in the 40-49 age group (44 per cent of respondents fell within this bracket), 28 per cent are in the 30-39 age group, and there were no respondents in the 20-29 age group, this appears to be a trade in need of young blood.

As far as earnings are concerned, electricians did well in 2013 compared to the previous year. Twenty-eight per cent earned more in 2013 (the average for all trades was 22 per cent earning more) and 61 per cent earned the same. But electricians were the most likely of all trades to work 46-50 hours a week. Forty-four per cent said this was typical of the working week, well above the 36-40 hour weeks that is the average in the building sector according to the survey, while a small but worrying proportion (six per cent) worked over 70 hours a week. Twenty-two per cent have also seen the hours they work increase in the past year and just over a quarter (28 per cent) regularly work evenings and weekends. This might be because of increased business pressures experienced by 33 per cent.

Worryingly, electricians were the most likely of all trades to have experienced fatigue or stress in the past year with 39 per cent confirming this, compared to the UK average of 31 per cent across all construction trade professions. Furthermore, of all the trades surveyed, electricians were most likely to have had an accident or ill health that meant they were off work for more than two weeks. Twenty-two per cent of those surveyed compared to the UK average of 12 per cent. Knee, back, neck, leg, hip or shoulder injury in the past year affected the ability of 22 per cent to work.

These responses reflect the findings of a report from Bupa on the health assessments of more than 1,700 electricians over a two year period from January 2012 to December 2013. This found that compared to the rest of the building and construction sector, electricians did not do well in lifestyle, cardiac risk and wellbeing measures. In particular, electricians were found by Bupa to be significantly overweight compared to colleagues in other trade professions, with high levels of inactivity and a high cardiac risk.

Phil Scarrett, sales and marketing director for ECIS said, ‘From a business perspective there are positive times ahead for electricians. This is a trade in high demand that appears to have come out of the recession in good form and with the potential for more business through the government’s initiatives to create new homes and enhance existing properties to be more fuel efficient. But it’s a real concern to see that stress, fatigue and weight issues could blight these positive prospects.

‘This is particularly a concern for the 67 per cent of electricians that are self-employed and may not have access to employer provided healthcare benefits such as health assessments.

‘A 46-50 hour week with weekend and evening work may leave little time to think about health, but there’s no time like the present to start making changes and we would urge electricians to investigate having a health assessment or to seek advice from their GP on the measures they can take to tackle the health risks they could be facing.’ 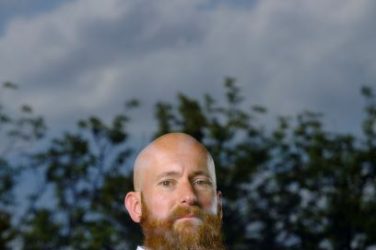 As the construction industry in Scotland continues its increasingly proactive return to work, influential ... 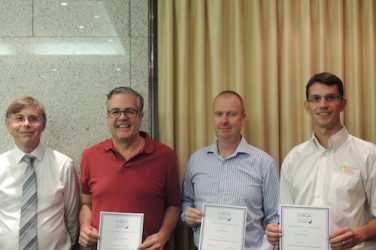