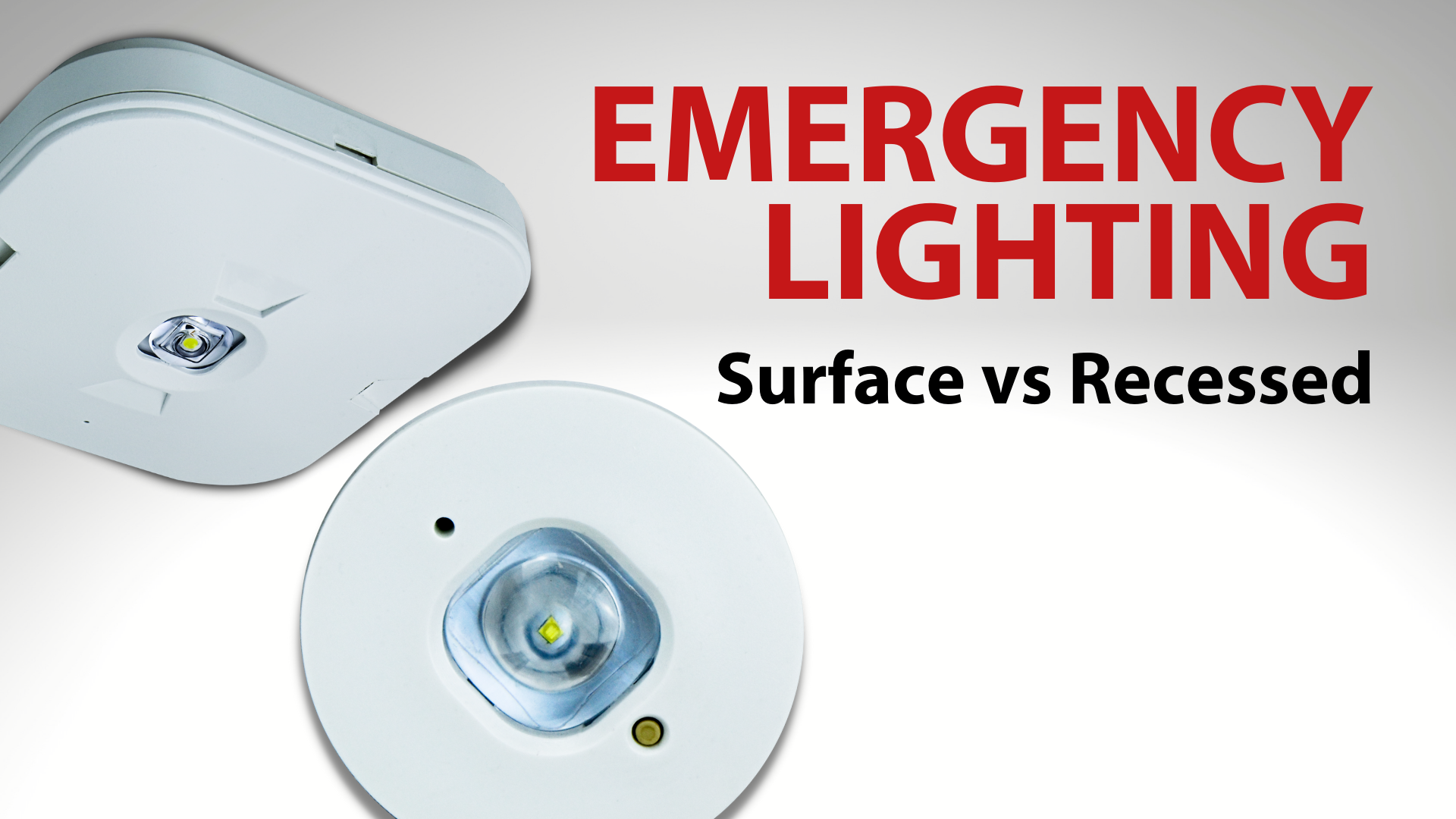 Thanks to LED and compact battery technology, surface mounted emergency lighting is now convenient, easy to install and unobtrusive. But is it being unnecessarily overlooked in favour of recessed, in situations where surface-mounted could be the better option?

The different types of emergency lighting

BS EN 1838 specifies that emergency lighting is required to maintain illumination for a minimum of one to three hours in the event of a power outage, to enable people to safely evacuate a building. The exact time needed depends on the use and risk of the premises, the immediacy of evacuation and the time needed for re-occupation. For example, buildings where people sleep, such as hotels or residences, require battery backup duration of at least 3 hours. Emergency lighting can include a mix of illuminated signage, stand-alone fittings and incorporated lighting.

The main emergency lighting requirements for commercial premises are:

Maintained lighting are constantly kept on, either as part of the ‘normal’ lighting system or permanently illuminated signage (such as Exit signs found in theatres and cinemas). These luminaires are mains powered when in everyday use but powered by a backup battery in the event of power failure. Maintained emergency lights can be differentiated from other ‘normal’ lights by a green indicator light.

Switch Maintained lighting is used as part of the ‘normal’ lighting system but can be switched off when not in use (but will still function in an emergency).

Non-maintained lighting only comes on when power supply to the everyday lighting system fails. These are powered by a battery that is charged by mains power and activates in the event of power failure to the fitting.

Finally, recessed emergency lights sit flush to ceilings and walls, with the battery hidden behind them, while surface-mounted emergency lights affix to the surface – batteries included – with only a small hole needed to hardwire the fixture to the mains.

Yet while surface-mounted fire alarms and carbon monoxide detectors are already accepted as a necessary safety product, surface-mounted emergency lighting is lagging behind, and is still seen as obtrusive (or just plain ugly). As a result, emergency lighting installers are tasked with the more disruptive, messy and time-consuming task of drilling large holes to house the light fitting and hide the battery – despite recent improvements to surface mounted models dramatically changing their visual impact, efficacy and reliability.

Traditional emergency lighting luminaires, such as a fluorescent, suffered from battery compatibility issues which reduced their lifespans. As such, many emergency lights were only effective in an emergency for a limited number of times, before they needed to be replaced. LED eradicates these issues, requiring much less power to run, with much more compact lamps and drivers making them easier to incorporate into smaller fittings.

In the past, emergency lighting batteries were based around SLA (Sealed Lead Acid) technology, leading to much bulkier fittings and subsequently more requirement for the battery to be hidden away during installation. These were replaced by Nickel Cadmium batteries, a more compact alternative. Now, Lithium Iron Phosphate (LiFePO4) batteries are revolutionising the size and longevity of batteries: not only are they much smaller, but they are longer lasting in terms of recharge and discharge cycles. As a result, they can be incorporated into much smaller emergency lighting fittings and stand-alone products such as illuminated signage.

These technological advantages have made all types of emergency lighting more discrete, reliable and energy efficient, but it’s surface-mounted emergency lighting that has really been transformed. Surface-mounted models are now slimline and compact, making them less noticeable once they are installed, as well as simple to install, replace and maintain. For instance, a surface mounted non-maintained emergency light is much quicker and easier to identify during fire safety inspections than the small green indicator light found on a maintained light.

For awkward installations, such as listed buildings, architectural anomalies or jobs where time is of the essence and disruption needs to be minimal (such as care homes or schools), surface-mounted emergency lighting provides a low-impact, fast, and reliable option compared to fitting recessed models. It’s time for installers and commercial property managers to see how much has changed since the days of unreliable fluorescents and bulky battery packs, and recognise surface mounted emergency lights as the best option for a wide range of properties.

Much like seatbelts or anti lock brakes, emergency lighting should be easy to forget it’sthey are there until you need it– but it’s crucial that it works as intended when you do. Discrete, slimline surface mounted emergency lights fulfil both functions, providing a safe and reliable but unobtrusive solution. 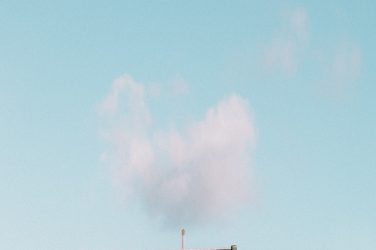 Over the course of the pandemic, 48% of Brits used lockdown as an opportunity ... 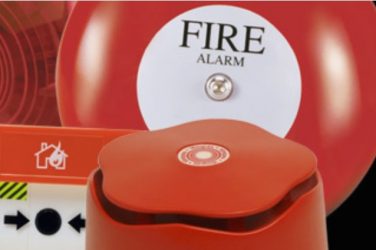