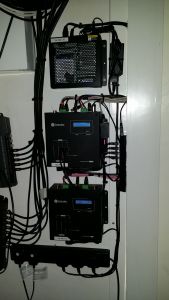 The installation, by Ben Murray of audio specialist BKM, was to the recently constructed addition to the house. The owner wanted to have audio discreetly built into every room, including two ensuite bathrooms. The building had however been pre-wired for a different audio system, therefore Ben first had to identify the wiring, and whether it would be appropriate for Systemline S7.

He commented, ‘When I was brought on board, it was finished and plastered, so it was a challenge, and required investigations such as putting a snake camera into ceilings.’ The upstairs needed some rewiring for full compatibility with Systemline S7, however being able to access ceilings via the loft made this easier. He added, ‘A lot of people won’t touch other people’s work, but the client didn’t want to totally replace wiring, with the disruption and time that would entail.’

As well as the 1 Terabyte Systemline NetServer, Ben installed four Systemline NetAmps for the eight-zone system, plus five LIM modules for connecting TV, and an electric piano.

The installation has Systemline in-wall keypads in each room, offering simple one-touch control across the property. In addition, S7 can be controlled using iPads and other Apple devices. All devices are connected using QED Professional speaker cable, and the Systemline NetServers plus two Systemline NetAmps are located in a downstairs office, with the remaining two in the loft.

Ben commented that one of the key selling points of the system for this client was that audio is not streamed over the home wireless network, and instead runs on a separate network, offering greater reliability: ‘Most other multi-room systems don’t offer that, and rely on it being fed by the Internet.’

Ben also believes that S7 offers the best quality audio in its class: ‘To my knowledge, there isn’t any other system of this kind that can play audio at this quality.’

In fact, he’s so keen on the system that he’s installed it in his own home, and has changed his van livery to Systemline S7 to spread the word.

He takes pride in offering reliability as well as a tailored solution, and worked closely with the client on the Burton-On-Trent installation. ‘I won’t fit kit knowing that they will be ringing me up saying they have problems,’ said Ben. He also praised Armour Home’s “good local back-up and technical support.” He added that the flush-fit speakers were so discreet, ’At first the customer couldn’t even see them!’

Systemline is an Armour Home brand. Armour Home is one of the UK’s leading provider of premium products, solutions and services to the specialist hi-fi, home theatre and entertainment market. 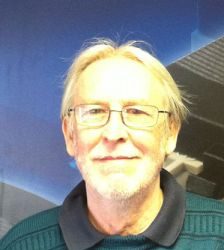 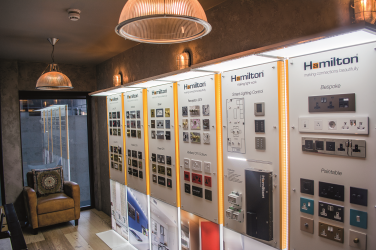 Hamilton Litestat has opened a new showroom in the City of London. Located in ... 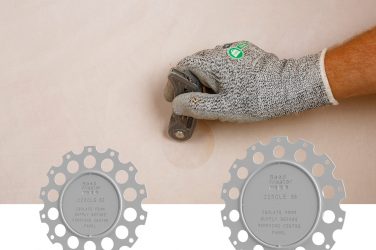