Tests in a typical UK house, built within an environmental chamber, show that energy consumption by the heating systems can be reduced by up to 40 per cent through the installation of a room thermostat and TRVs, with installation costs recovered in a year or less.

Carried out by the University of Salford, the tests also showed how the application of TRVs (thermostatic radiator valves), providing independent temperature control in every room, can significantly improve comfort for householders by providing satisfactory heat distribution around a dwelling. The tests show this is not achieved without TRVs, even if the system is balanced.

TACMA director Colin Timmins commented, ‘It’s clear from this latest evidence that all homes with a conventional hydronic heating system should have a room thermostat and a full set of TRVs. Benefits for householders will be systems that work as intended, delivering both comfort and efficiency.

‘Installers will benefit too by making sure that both room thermostats and TRVs are brought up to standard when a boiler is replaced, and also by promoting heating controls as a valuable home improvement when, for example, servicing an existing boiler.’

The group commissioned the University of Salford to carry out some independent tests on the performance of heating controls in their Energy House facility. Consisting of a full size house built within an environmental chamber, the facility is designed to assess the effectiveness of new and existing technologies in reducing energy use and waste.
The resulting report prepared by TACMA presents the outcomes of these tests, and draws conclusions on what this means for the heating industry and householders in respect of the benefits of heating controls.

On highlighting the conclusions from the research Colin Timmins said, ‘The potential savings from the installation of heating controls (room thermostat and TRVs) is over 40 per cent of the heating costs – far greater than previously assumed.

‘The use of controls also improves comfort for householders by providing satisfactory heat distribution around a dwelling – tests show this is not achieved without TRVs, even if the system is balanced.

‘Temperature controls can offer a quick payback of typically around a year and payback is even quicker when done at the time of a boiler replacement.

‘Installers will benefit by ensuring that all households have a room thermostat and a full set of TRVs to ensure that the UK has homes that are both comfortable and affordably warm.’ 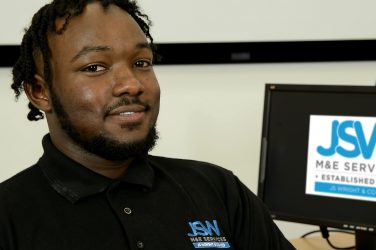