During the session, Barry put forward to the MPs a proposed solution to the payment issues suffered by specialist contractors in the construction industry, in the form of StreetwiseSubbie.com’s ‘Fair Treatment Charter’.

The charter, containing 12 simple yet effective points, could be introduced quickly and most importantly to the government, at virtually no cost, and would provide a workable deterrent and solution to the current malpractices and issues of late payment in the UK construction industry.

The evidence session, which was aimed at tackling payment issues in general amongst all UK industries, had a distinct construction flavour with Dortech’s director Steve Sutherland and Balfour Beatty’s chief executive Andrew McNaughton also in attendance.

In his opening statement to the MPs in attendance, including host MP Debbie Abrahams who has been actively working on the late payments issue across UK industries, Barry encapsulated the shocking and grim reality of the situation for the construction industry. ‘Five thousand specialist contractors have failed since recession. Conversely, during the same period, the profitability of contractors generally has improved.’

Barry went on to mention that The Prompt Payment Code has had little or no effect, and neither has the government’s Mystery Shopper service. He went on to stress the need for an effective solution that could be introduced both quickly and economically, and put forward StreetwiseSubbie.com’s ‘Fair Treatment Charter’.

Point number 7 of the proposed charter is one that the MPs took particular interest in, as it states ‘No bespoke subcontracts. Use only unamended standard form subcontracts e.g. the JCT or NEC suite of subcontracts.’ This point alone would put an end to a great many of the ruthless tactics used by contractors when wording their subcontracts allowing them to pay late, pay less than is fair or was agreed, or to simply not pay at all as far too often is the case. The full Fair Treatment Charter can be viewed on the StreetwiseSubbie website.

The shocking details and bleak picture painted of the UK construction industry seemed to hit home with the panel of MPs in attendance at the evidence session, and they expressed a great deal of interest in Barry’s proposed charter. Debbie Abrahams tweeted thanks to all who attended the session, stating ‘Recommendations to follow’ in regard to what will be done next.

Barry will be giving a full report of these recommendations as well as talking more about what happened during the evidence session at StreetwiseSubbie.com’s ‘Specialist Contracting in the UK is Broken! – What Can We Do To Fix It?’ conference in Nottingham on 7th June 2013. 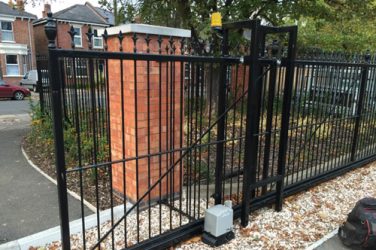 Working on powered gates – warning to electricians from DHF

Working on powered gates - warning to electricians from DHF Electricians who carry out ...

Annual survey reveals drop in stress and fatigue amongst electricians