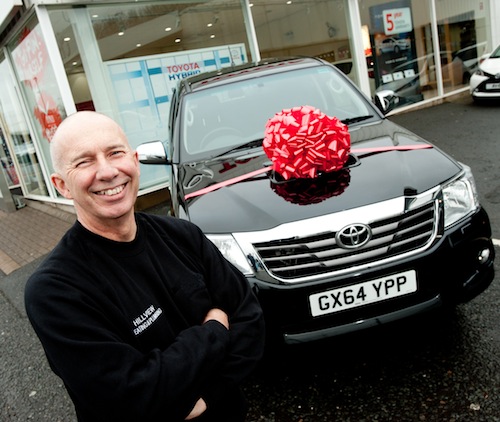 Last year, Raymond McKnight (pictured), a plumber from Newtownabbey in Northern Ireland, walked away with the crown after fighting off worthy competition from thousands of entrants. He says it has had an amazing impact on his business, bringing him new customers and filling his diary for months ahead.

Raymond commented: ‘Holding the title of Britain’s Top Tradesperson has been a great endorsement for me. When customers see that someone in the local area has been named as top in the UK, they know they can rely on you to do a top job. The last year has been great, I would really encourage other tradesmen and women to enter and give it a go, there’s nothing to lose and a lot to gain.’

The Britain’s Top Tradesperson Award is given to those who can prove they excel in their trade. Maybe you’ve just started your own company, or perhaps you have taken a course to upgrade your skill-set, are you involved on social media and really engage your customers? You may have completed a complex job for someone, or you run your business with customers in mind, by offering free quotes or on a no-fix no-fee basis. No matter the reason, you have until 4th October 2015, to put your case forward and enter the competition.

Entries to BTT are open until 4th October 2015, with regional finalists going head to head later that month. The national final will be in November, with the overall winner being named Britain’s Top Tradesperson 2015.

To enter you can go into any Screwfix store or go to screwfix.com/btt where you can also find further details of the competition.

Concern over plans to cut FiTs in half

Concern over plans to cut FiTs in half The Centre for Alternative Technology (CAT) ...