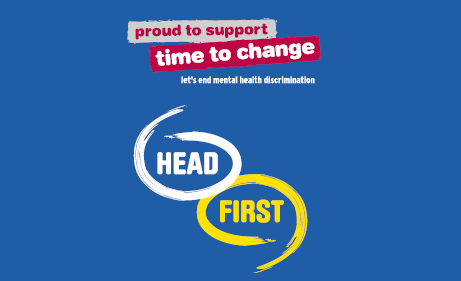 Toolstation has launched an initiative to help provide support to the mental health and wellbeing needs of those working in the trade.

Working together with the mental health anti-stigma campaign, Time to Change, ‘Head First’ will encourage the trade to be more open in talking about their own mental health and supportive of others who may be struggling, particularly during the Covid-19 pandemic. To start, it will offer practical guidance and signposted resources via a dedicated hub on toolstation.com.

The launch coincides with Mental Health Awareness Week (18-24 May) and comes after a survey of over 5,000 Toolstation customers found that one third are finding the current situation very challenging, with 45% of all respondents saying that the mental wellbeing of family members and friends was their main challenge, concern or worry at this time, and 25% stating that they were most concerned about their own mental wellbeing.

“Working in the trade can be both physically and mentally demanding. Whilst we all talk about physical aches and pains, it’s not so easy to tell someone you’re feeling sad, anxious, over-stressed or just out of sorts. Our customer survey has highlighted the damaging impact Covid-19 is having on the livelihood of tradespeople, with 61% reporting the work challenges they face and almost one third sharing the concern that they will go out of business. Against this backdrop, being aware and talking openly and without any shame or embarrassment about how you and others are feeling mentally is more important than ever – as is having quick and easy access to information and organisations that can provide support.”

The Toolstation survey adds to evidence that stress, depression or anxiety are major issues amongst tradespeople, including the statistic from the Office for National Statistics (ONS) that males working in skilled trade occupations had the second-highest risk of suicide among the major occupational groups, accounting for 29% (3,059 out of 10,688) of all male suicides.

In response to these and other industry and health statistics, Toolstation has teamed up with Time to Change, the social movement working to change the way we all think and act about mental health problems, in developing Head First to help raise awareness and provide support to those working independently or as small businesses in the trade.

The Head First campaign is launching with a dedicated area on the Toolstation website that contains easy to find information and advice from Time to Change that will help tradespeople notice when things are getting too much, and what to do about it, with a focus on the importance of ‘asking twice’ when someone says they’re “okay” in case the reality is that they’re actually not. In the coming weeks, further content will be added that responds to the information and support needs of tradespeople.

Jo Loughran, Director at Time to Change, says, “Now, more than ever, we need to be able to reach out and seek support from our colleagues and friends. We’re all adapting to a new way of life and a new way working, which comes with its own challenges, but that doesn’t mean we can’t be supportive of each other when it comes to mental health. By working with Toolstation, we hope to open up the conversation about mental health among people in the trade who might be reluctant to chat freely about their emotions or feelings. Simply providing people with the confidence to support their friends or colleagues has the power to change lives, and it doesn’t need to be difficult or scary.”

UK tradesmen working harder than ever

UK tradesmen working harder than ever Tradesmen are working longer hours than ever, willing ...