An influential group of 20 consumer advice bodies, charities, trade associations and building industry organisations is urging the government to tackle the risk of rogue traders cashing in on the Green Deal.

Led by TrustMark, the government endorsed quality scheme that signposts people to reputable local tradesmen, the group has voiced its concerns about a huge wave of ‘ancillary works’ – repairs and other home improvement work that will be triggered by the Green Deal scheme but which will fall outside the scheme’s consumer protection requirements. It is calling for the Department of Energy and Climate Change (DECC) to reinstate important safeguards into the Green Deal Code of Practice.

Liz Male, chairman of TrustMark said, ‘We are united in our desire for a more energy efficient housing stock. But our major concern revolves around an unfortunate decision earlier this summer to drop any safeguards in the Green Deal Code of Practice regarding what have been called ‘ancillary works’ – in effect, the basic home repairs and maintenance that will inevitably be required before Green Deal improvements can be made to our homes. We want to see homeowners clearly signposted to where they can find reputable firms to do this work, tradesmen who are properly vetted, insured and working to the well established, government endorsed standards that already exist in this market.’

The Green Deal has been described as ‘the most ambitious home improvement programme since the Second World War’. But an opinion poll by YouGov for TrustMark this month suggests that 38 per cent of all British homeowners already suspect their homes will need repairs or maintenance work carried out before such energy saving measures could be useful or worthwhile.

On top of this, there is the value of additional home improvement work purchased by the homeowner at the same time and any work funded privately. Such work, including things like new kitchens, home remodelling and redecoration services, can be upsold by Green Deal Providers but will also fall outside the Green Deal’s Code of Practice requirements.

The YouGov opinion poll reveals that only 22 per cent of homeowners say they would be more likely to use Green Deal finance than using more traditional sources of finance to fund the work, such as putting it on the mortgage, using savings, using a credit card loan, using money from friends or family, or using some other privately organised finance. This means billions of pounds of work that will fall outside Green Deal funding and outside Green Deal protection.

Liz Male added, ‘The true extent of necessary repairs will rapidly become apparent the moment we start work on our ageing housing stock. I suspect it will be much bigger than most homeowners might think.

‘But even assuming just a 25 per cent take up of Green Deal work in the pre-1980 owner occupied housing stock (the government’s prime target for Green Deal), we estimate that an additional £1.45bn to £2.9bn market for home repairs will be created as a direct result of the Green Deal. In many cases this work will fall outside any of the protections created for Green Deal.

‘We see the Green Deal and the ancillary works it will create as a positive opportunity for domestic building led growth in the economy. But we also see the importance of government leadership in this area – if it is promoting opportunities to households and encouraging them to undertake all sorts of refurbishment and building works, it is equally essential to help people avoid the rogue traders (who will also be aware of the opportunities).

‘We believe the Green Deal Code of Practice must include an obligation upon Green Deal Providers and others to signpost domestic customers to reputable firms through TrustMark or members of Competent Person’s schemes. We also strongly recommend that an integrated, coordinated communications campaign via government, industry and consumer protection groups is established, to ensure consumers are aware of the limits of Green Deal protection as well as the benefits.

‘Rogue traders must not be given the chance to profit from the ancillary work for Green Deal customers and put the entire Green Deal programme at risk of technical failure and reputational ruin. Nor must customers be left at the mercy of dodgy referrals, leaflets through the door, telephone directories or unverified information on ‘findanyoldbuilder.com’ websites and social media.’ 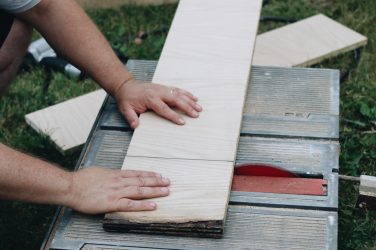 The rise of the eco-friendly tradesperson

As we move into a more eco-friendly society, tradespeople have had to adapt their ... 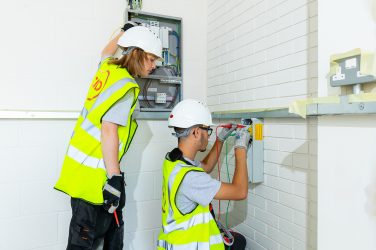