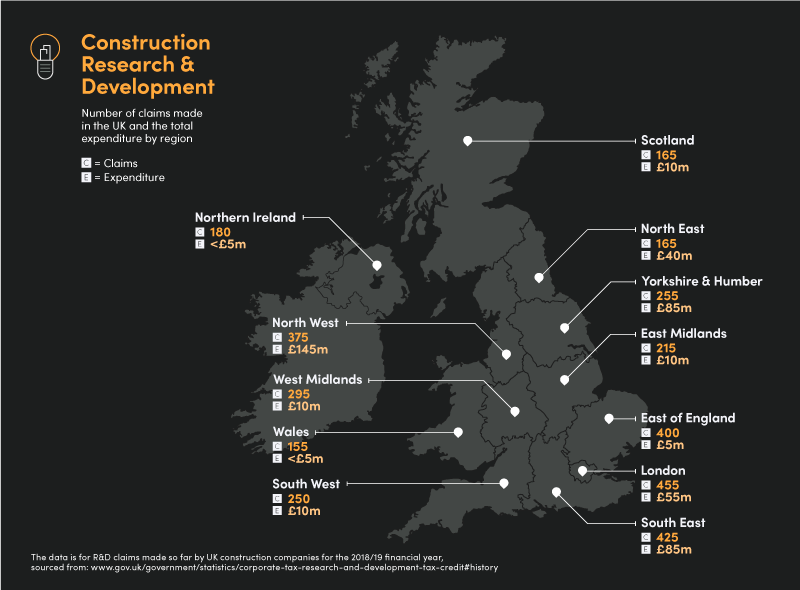 UK construction companies are increasing their investment in innovation, with research and development (R&D) expenditure rising by £70 million, according to new figures released by HMRC.

Analysis by IronmongeryDirect, the UK’s largest supplier of specialist ironmongery, has revealed that in the first part of 2018/19, construction firms spent £1.36 billion on qualifying projects. Even though many claims have yet to be submitted for that financial year, this is already 5.4% more than the whole of 2017/18 (£1.29 billion).

Using the government’s R&D Tax Credit Scheme, companies can claim back up to 33p for every pound spent on R&D activity. This includes any project that aims to advance the industry by researching or developing a new process, product or service, or improving an existing one.

For such work completed during 2018/19, construction companies have already claimed £235 million of Corporation Tax relief.

More companies in the sector are starting to take advantage of the scheme, as the latest data shows overall number of claims is also on the rise. So far, construction businesses have made 3,340 claims for R&D funding, which is a year-on-year increase of 1.8% (60). The industry now represents 5.7% of all R&D claims in the UK.

The majority of the construction-related R&D projects are classed as ‘specialised construction activities’. These account for two-thirds (66%) of the sector’s claims, way ahead of ‘construction of buildings’ in second place (21%).

The totals also vary significantly across the UK. The most innovative area is London, with more claims made in the capital than any other part of the nation (455).

But it is Northern Ireland where construction represents the greatest percentage of a region’s total R&D claims. More than one in ten (11%) of the country’s qualifying projects fall within the industry (180/1,605).

Despite only making the fourth highest number of claims, construction firms in the North-West of England are investing the most money in innovation. Its businesses have already registered £145 million of R&D spend for 2018/19 – more than any other area.

Dominick Sandford, Director and Head of Merchandising & Marketing at IronmongeryDirect, says: “It’s encouraging to see that so many UK construction companies are taking advantage of the R&D Tax Credit scheme. Our businesses are world-leaders for innovation and the HMRC initiative is designed to reward them for their pioneering work.

“The tax relief can provide a welcome boost for construction firms and any money saved can even be reinvested to finance further research.” 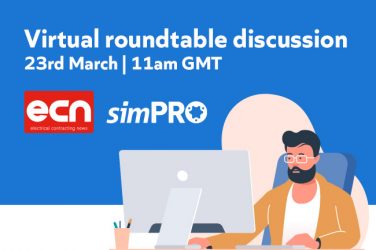 Get set for the end of the financial year!

Got a question about cash flow for your electrical business?  Ask our panel of ... 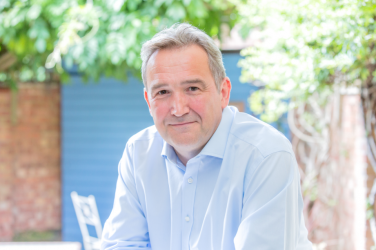 Paul Foulkes, UK KNX Business Manager for Theben, has been elected as President of ...