A manufacturer of plastic automotive fuel tanks is saving £24,000 a year on its energy bill following the installation of ABB variable speed drives.

Gianfranco Colangeli of Central Group said, ‘Together with ABB we investigated applications throughout the plant that had the potential to be improved with variable speed drives. TI Automotive chose three applications, the air compressor, the chilled water pumps and the granulators, that were particularly energy intensive.’

With its production based on blow moulding, the plant uses a large amount of compressed air. Central Group installed a 75kW ABB standard drive on the air compressor, which had previously been a fixed speed unit. Running the motor at half speed, the ABB standard drive reduced consumption from 75kW to 45kW, giving a saving of around 35 per cent.

Another application is the pumps used for the main factory chilled water circuit. The chilled water is used to cool the mould tools, extruder feed zones and gearboxes, as well as the mould hydraulics and electrical panels. Installing 11kW ABB standard drives on the three pumps produced a 30 per cent saving, cutting power demand from 11kW to 7kW.

Mike Tennant, preventive maintenance engineer for the plant, said, ‘Both the compressor and the chilled water pumps need to run 24/7 to service the constant production of the blow moulders. As well as the energy savings we are seeing, we are also gaining production benefits. With the variable speed drive on the air compressor, we are getting a more consistent air pressure than previously.

‘With the chilled water pumps, we were finding that, if we had one blow moulder running, we would have a high water pressure, if we switched in another moulder, the water pressure would drop and require the process to be settled again. The variable speed drive evens out these pressure demands using a pressure transducer to keep the water pressure in a tight range, meaning production can be started or stopped without upsetting neighbouring production lines.’

The lower controlled pressures also have the added benefit of reducing the strain on the pipe joints, reducing maintenance effort. It has prevented a problem of hoses blowing off when the moulders where shut down and pressures would spike, damaging seals. No hoses have needed replacing since the variable-speed drives were installed.

The third application to be improved was the granulator, which chops up waste HDPE trimmed from the finished fuel tanks for reuse in the blow moulders. Also in production 24 hours a day, the granulator is only actually working for 10 seconds out of each minute – for the other 50 seconds, the motor is still running at full speed but doing no work.

TI Automotive were doubtful about using a variable speed drive on this machine. ‘If the granulator is not run at the correct speed, then chopped material can jam the mechanism, requiring a lot of manual work to get it back to an operational state,’ said Tennant.

Central Group installed a hire drive on one of the two granulators for a week to prove that it would work and not cause clogging of the machine. The drive, a 132kW ABB industrial drive, uses its flux optimisation feature to detect the torque demand, ramping the torque up when the machine is chopping material.

Running the granulator motor at the same fixed speed, the ABB industrial drive reduced the motor’s power consumption from 42kW to only 15kW, a saving of 27kW, a 65 per cent reduction. ‘This is a huge saving,’ said Tennant, ‘and because the payback was only a year on this application with this drive, it freed up capital to immediately invest in converting the other granulator to variable speed control.’

Overall, the plant is saving around £2,000 a month on its energy bill, some 10 per cent of its total energy spend. ‘We are very pleased with the energy reductions we are seeing,’ said Tennant. ‘As well as the direct monetary savings they bring, they help us meet our commitments under the Climate Change Levy. We are currently looking at other applications in the plant where ABB variable speed drives can save us more energy.’ 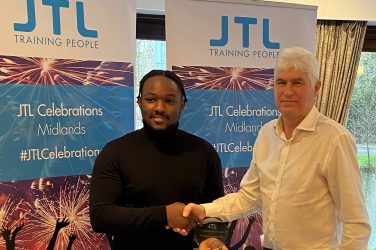 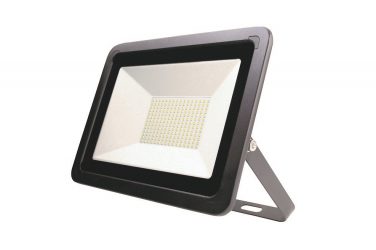 Light up with the SOL Range of LED Floodlights