The donation was used as part of a life changing transformation to the centre for disabled children in Peterborough called ‘The Little Miracles’. This episode was transmitted on 13th November 2013 as part of the ‘BBC’s Children In Need’ week.

‘Little Miracles’ is a parent led centre, support group and charity for children with additional needs, disabilities and life limiting conditions based in Peterborough. Set up by Michelle King in 2010 after she was refused access on public transport because of her son Oliver’s medical equipment, ‘Little Miracles’ now helps 700 families and has over 2,500 children registered to use the centre. All of the children the centre helps either have additional needs themselves, or are the siblings of a disabled child. The centre runs a non-exclusion policy and many of the children that use ‘Little Miracles’ have been turned away by other services that could not cater to their needs.

This project is one of the biggest and most ambitious the DIY SOS team have undertaken to date. ‘Little Miracles’ worked out of a small semi-industrial space which it had to vacate in October and relocate to an old pre-fab that was donated to the charity. As part of the DIY SOS Big Build, the old building was demolished and an entirely new centre built using a timber frame structure.

The new premises has full wheelchair access, a dedicated sensory room, space for counselling, an office, workable disabled toilets, a working kitchen and an area for the kids to eat, along with distinct spaces for both the young and the older kids that attend the centre.
With the help of the local community, trades and companies, the DIY SOS team fully rebuilt the centre both indoors and outdoors to provide a safe place for these children to play for many years to come.

Jenny Smith, Vent-Axia’s marketing services manager, commented, ‘Vent-Axia is delighted to donate the ventilation equipment to the ‘Little Miracles’ project as part of BBC’s charity ‘Children in Need’ that featured in the BBC One special programme ‘DIY SOS: The Big Build with Children in Need’. We’re thrilled to be able to support Children in Need through this donation.’

In addition to donating to the ‘Little Miracles’ project Vent-Axia’s staff are also supporting Children in Need this year with a Dress Down Day and cake sale, the staff are excited to be supporting the charity. 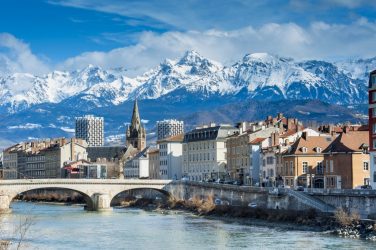 A business learning trip to Grenoble in the French Alps with Schneider Electric has ...

CMD releases innovative new products for 2014 CMD has released its 2014 catalogue which ... 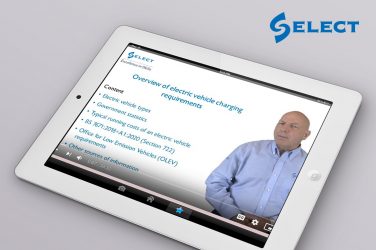 SELECT has overcome the enforced postponement of its Toolbox Talks roadshow by broadcasting digital ...