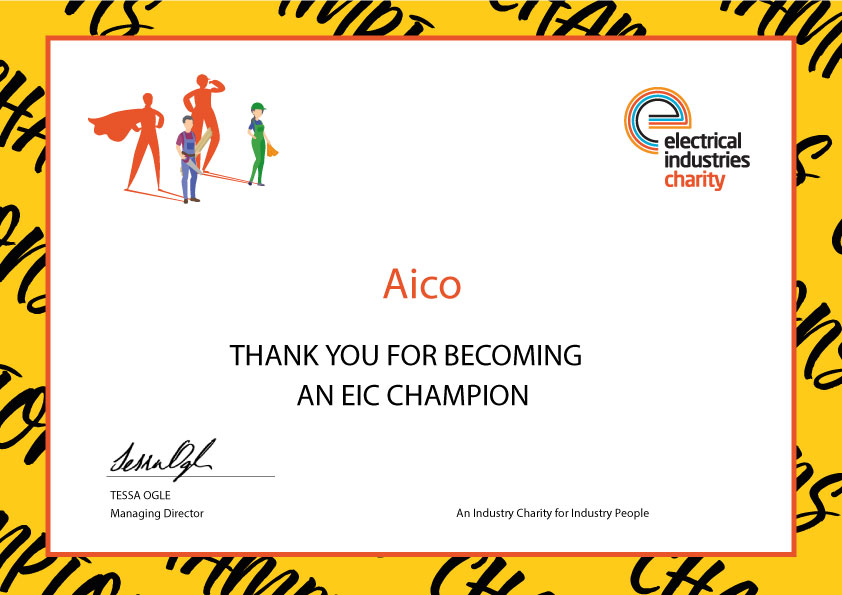 Over the last few years, Aico has partnered with the Electrical Industries Charity (EIC), with the aim of strengthening and supporting the electrical industry.

Aico is proud to announce that it is now recognised as an Electrical Industries Charity (EIC) Champion. As an EIC Champion, Aico is helping to support the only charity which is specifically for people working within the electrical industry and their families. Aico will also have exclusive access to health presentations created by EIC, which explore the different topics which affect the electrical industry, such as mental health, brain injury, financial wellbeing, and self-identity issues. An Aico colleague will be nominated as the internal EIC Champion representative. They will have the opportunity to discuss these health topics with a qualified member of the charity welfare team before delivering presentations to their Aico colleagues.

The EIC is an industry charity that, for over 100 years, has recognised the importance of providing the right support and meeting the wellbeing needs of individuals to create better workplaces and industry communities.

As a member of the electrical and energy sector, you are entitled to all the support the EIC has to offer. This assistance is facilitated by a free and confidential helpline manned 365 days a year by the EIC’s dedicated welfare team. They offer support on things like family or relationship problems, financial or legal worries, emotional or mental health problems, and ill health or disability. 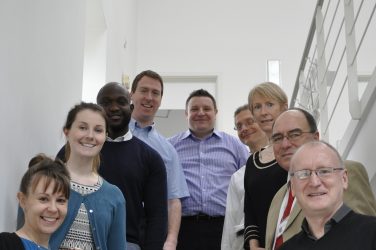 The sky's the limit for Rehau in world record skydiving attempt An intrepid group ...