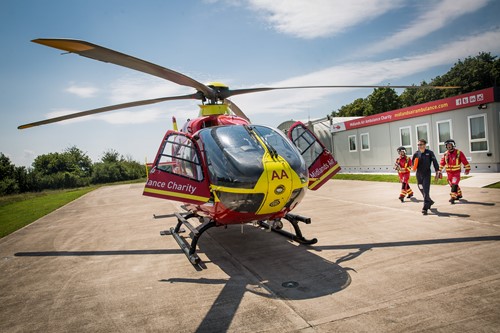 Neal Hooper, Aico’s managing director, has recently joined the Board of Trustees at Midlands Air Ambulance Charity. However, the firm’s support of the pre-hospital emergency service has not stopped there with a wide range of employee engagement initiatives being undertaken by Aico’s staff members.

Firstly, all employees of Aico, and sister company, Homelink, have been gifted membership to the charity’s well-established Lifesaving Lottery scheme, giving them a weekly chance to win £1,000. This also means the total sum raised in weekly lottery membership will fund two air ambulance missions per year for Midlands Air Ambulance Charity.

Neal Hooper is also taking part in the MAAC Moguls campaign, a Dragons’ Den-style challenge, which will engage young people across the Midlands with the lifesaving work of the pre-hospital emergency service, by testing their fundraising and entrepreneurial skills.

Matthew Small, finance director for Aico also took part in the charity’s recent Jail or Bail event which saw him receive punishments and spend the night in a cell at Shrewsbury Prison for petty office crimes. With the support of the whole Aico team, Matthew raised in excess of £2,600, funding one of the charity’s air ambulance missions.

Neal Hooper says: “We are all committed to giving back to the community and we actively seek to support good causes wherever possible. As well as having the privilege of recently becoming a trustee for Midlands Air Ambulance Charity, supporting the service with its strategic goals, I am also passionate about supporting its daily critically-important missions.”

Pam Hodgetts, corporate partnerships manager for Midlands Air Ambulance Charity, adds: “Aico truly is in the business of saving lives. We are excited to have the team on-board as corporate partners and look forward to supporting the whole team through our mutually beneficial partnership.

“It is thanks to the generosity of local people and companies like Neal and Aico that we are able to make our daily missions possible.” 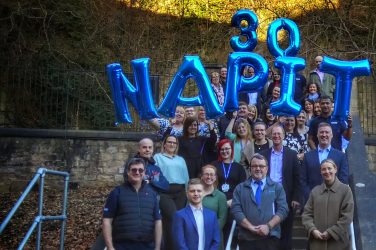 NAPIT – celebrating 30 years of excellence with offers for members

As we enter 2022, NAPIT – The National Association of Professional Inspectors and Testers ...