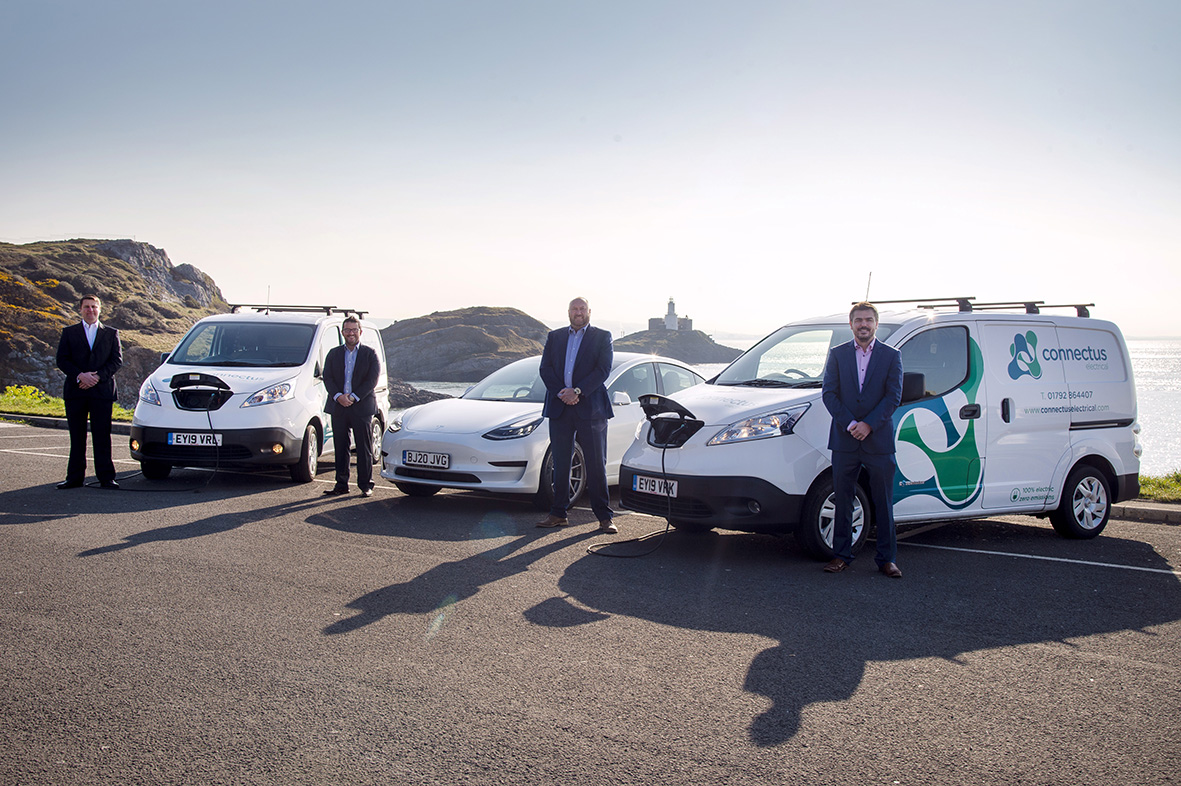 Connectus Electrical is enjoying a surge in demand thanks to its specific expertise around renewables – just as it also celebrates its 10th anniversary in business.

The business, which employs 28 fully qualified electricians, was founded in 2011 by Stephen John, an electrical and contract specialist, and Carl Brooks, a vastly experienced electrical engineer with an extensive specialist technical knowledge and qualifications.

They were later joined in the business by Steve Jones, also an experienced electrical engineer, and Anthony Thomas, an experienced entrepreneur who is also the managing director of ASW Property Services, one of Connectus Electrical’s biggest clients.

ASW and Connectus Electrical have now had a symbiotic relationship for many years working side-by-side for clients ranging from large public sector organisations such as Swansea Council to private sector companies such as S.A. Brain & Company.

In recent years, Connectus Electrical has invested heavily in acquiring the skills and qualifications required to make it a market-leader in renewable energy projects. In the past 12 months, despite the challenges of COVID-19 and subsequent lockdowns, it has seen a surge in demand for these services.

In particular, it has seen a big uplift in the installation of solar panels and charging points for electric vehicles – both trends in keeping with a drive for more energy efficient solutions for its clients. It has also seen more demand for the electrics associated with smart homes, battery storage units and companies seeking advice on reducing their carbon footprint.

Stephen Jones says: “We are delighted to have reached our landmark tenth anniversary – but also to be thriving at this time despite the challenges of the pandemic. It is fascinating to see the changes in demand in recent years and we are increasingly busy working on green or renewable projects for many types of clients. We made an investment in ensuring we had that type of expertise a couple of years ago and that is now paying off as trends in energy consumption are changing.”

Anthony Thomas comments: “When I first got involved with Connectus Electrical it was mainly in order to secure reliable, high quality electrical work for ASW and we quickly became the company’s biggest client. It was a healthy, symbiotic relationship.

“Since then, however, it has been very satisfying to watch how Connectus has continued to grow and diversify and is now a robust company with a healthy client base beyond just ASW, though we remain extremely important as a client. It is especially satisfying to see the company now flourish even further thanks to its expertise around green energy. I believe this will mark a new chapter for the business.” 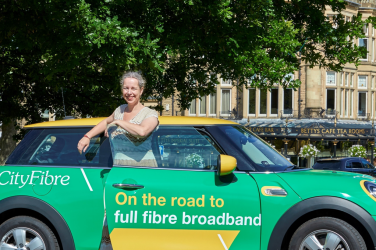 Internet users across Harrogate and Knaresborough are now able to connect their homes and ... 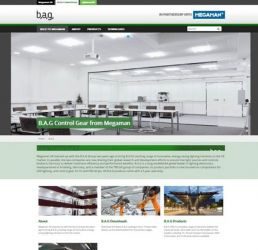 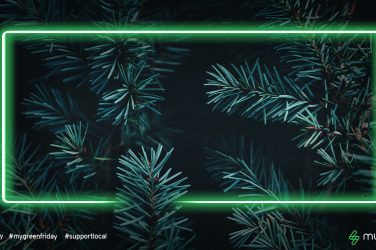 With estimates suggesting that greenhouse gas emissions resulting from Black Friday will this year ...