A Leicester based renewable energy installer, Eartheat, has won the prestigious accolade of ‘Installation of the Year’ at the National Heat Pump Awards, held at the International Convention Centre (ICC) in Birmingham.

Eartheat fought off fierce competition to win the award for the Danfoss heat pump it installed in a new build house built by John Bridges of Bridges Developments and owned by Andrew Bridgen, the Conservative MP for North West Leicestershire. Judges praised Eartheat’s dedicated support for the client at all stages of the installation and afterwards.

Managing director of Eartheat Richard Walkden said, ‘We are delighted to have won this award which is a credit to the expertise and dedication of our entire team. We believe in supporting our clients before, during and after installation, which is why we are so frequently recommended by existing customers.’

A DHP-H Opti Pro heat pump from Danfoss Heat Pumps UK was installed to supply space heating and hot water for the extensive five bedroom property. The heat pump will supply an estimated 49,000kWh of energy per year for the large property, while consuming just 11,000 kWh of electricity. The DHP-Opti Pro pump incorporates an intelligent control system on the circulation pumps to ensure maximum efficiency. It supplies both space and water heating and includes the latest technology, incorporating a ‘de-super heater’ to raise the temperature of the domestic hot water supply.

Chris Dale, director of Danfoss Heat Pumps UK, commented, ‘It has been very exciting to see the high calibre of entries for the first National Heat Pump Awards, reflecting the level of expertise among heat pump installers throughout the UK. We congratulate Eartheat on their well deserved success.’

When planning the property Mr Bridgen MP investigated a range of environmentally friendly heating alternatives, and had initially decided to install solar thermal panels as well as a ground source heat pump. However, following advice from Eartheat, he was able to significantly reduce his building costs with a bespoke solution, which meant that all of the hot water could be supplied by the Danfoss heat pump, removing the need for the solar thermal panels. This was achieved by fitting an additional 200 litre hot water cylinder to supplement the pump’s internal 180 litre tank. The pump is supplied by an Eartheat design of ground loop buried in horizontal trenches, which extracts heat from the ground.

Eartheat worked closely with the developer John Bridges, of Bridges Developments, to design the ground source heating system. The developer and MP were so impressed with the technical advice and service Eartheat provided that they wrote in support of the company’s entry in the Heat Pump Awards.

This is the inaugural competition of the National Heat Pump Awards, which has been set up to celebrate excellence in the industry. It is supported by major suppliers and trade organisations including national body The Heat Pump Association. 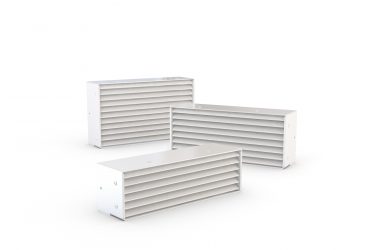 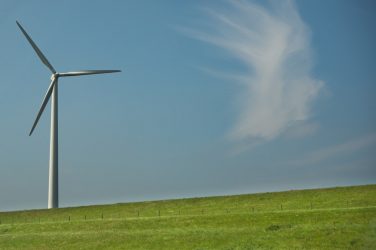 A world-first project to create a new market for renewable energy has reached a ... 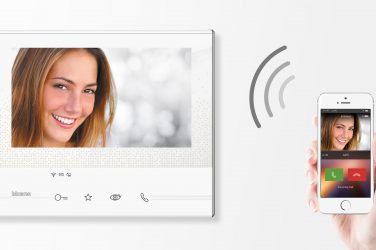 From eye-catching and innovative wiring devices through to state-of-the-art power distribution and cable management, ...