The Electrical Contractors’ Association (ECA) has condemned companies that delay payments to suppliers, saying they are effectively working against their own supply chain and economic growth.

Steve Bratt, ECA Group CEO, says that the ECA categorically opposes delayed payments to suppliers. This is particularly true for payment periods that now range up to 120 days, irrespective of the arrangements behind them, and the practice of charging suppliers for more timely bill settlement.

Bratt said, ‘Increasingly we are seeing buyer references to securing ‘early payment’, when what we are really talking about is suppliers being paid in a reasonable time. There is nothing ‘early’ about it. The notion that anyone can seek to make a virtue out of paying a supplier in up to 120 days is astonishing – even more so when the supplier has to pay to receive timely payment.’

Bratt also suggests that the idea of main contractors delaying payment because it is ‘necessary to help with the balance sheet’ is bogus. He said, ‘Unless the client is also holding on to the main contractor’s project cash for hugely extended periods, this tactic is indefensible. I’d also be worried, either as a client or a supplier, if any main contractor actually made a play of holding on to suppliers’ cash to prop up their balance sheet.’

Bratt continued, ‘Slow payment is no more than a buyer receiving goods and services, and then holding on to the supplier’s money. We support the government’s introduction of the Prompt Payment Code (PPC) and hope it does whatever it takes to support the construction supply chain.’

The ECA says that firms in the private sector should follow the example of the government, which requires suppliers to be paid within 30 days. Bratt concluded, ‘Right now, the government is desperately looking to construction for growth. Delayed payment hampers the growth of suppliers. It can – and does – lead to insolvency, which most would agree is the exact opposite of growth. As it works on its next construction sector strategy, the government must remain committed to tackling the issue of late payment, and continue to name and shame those firms who won’t sign up to the PPC.’ 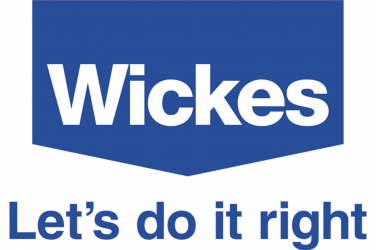 Wickes has partnered with RangeMe to support its product buying teams, ensuring it has ...

Minister gives backing to Jobs for the Girls campaign

Smart meters important for the UK’s energy infrastructure The Institution of Engineering and Technology ...