A Parliamentary forum hosted by the Electrical Contractors’ Association (ECA) has highlighted to MPs and councillors how the construction industry could take a leading role in helping government get people off benefits and back into work.

The debate was sponsored by Catherine McKinnell MP, Shadow Economic Secretary to the Treasury. Participants used the ECA’s innovative pilot project, Wired for Success: ECA Women into Electrical Contracting, as an example of how to tackle the issue of unemployment for under-represented groups across the country.

ECA Skills Ambassador and former president Diane Johnson said, ‘Less than one per cent of those working in the electrical industry are women. Part of the reason for this is the training structure to enter the industry, which is why Wired for Success has more flexibility to fit in with concerns such as childcare arrangements. If you want to employ ladies who have children and get them off the unemployment list, you have to be adaptable. I would like to see this project go right across the country, and it is something that we can use for any sector where there is under-representation.’

Wired for Success is a London based pilot project that aims to train women living in social housing to work in the electrical sector. The brainchild of ECA Skills Ambassador and former president Diane Johnson, the programme currently sees women living in housing operated by social housing association L&Q undertaking a flexible two year practical training course. Training is provided by EAS Education, with contractor partners Axis Europe, Mulalley, and Smith and Byford providing on site experience. On completion, the women will have the opportunity to work full time and will be armed with the skills to start their own businesses, should they choose to do so.

Mike Donaldson, group director of operations at L&Q says, ‘At L&Q we do more than build homes. We aim to offer our residents new opportunities and help them to achieve their ambitions. We’re delighted to have invested and been involved in the Wired for Success scheme. It enables women of all ages to access high quality training and enter a new career with real potential. This year, residents completing the training have benefited from new skills, improved confidence and now have excellent prospects for the future.’

On the project, McKinnell said, ‘Wired for Success is a fantastic example of how those organisations who manage social housing stock can set up training programmes for their residents, as well as involving their contractors in offering work based training. It needs to be replicated. In that way, we will create opportunities, we will get the economy moving and get people into work.’

The debate highlighted that councillors across the UK are eager to work with contractors to find new models that get their social housing residents off benefits and into work.

Jonathan Glanz, Cabinet Member for Housing and Property, Westminster Council said, ‘We have a large regeneration programme, and this kind of model could work quite well to encourage people to be training whilst that process of regeneration is occurring.’

Chi Onwurah, MP for Newcastle Central and Shadow Business Minister, said, ‘I was really impressed by the initiative and the way it addressed so many of the barriers to women entering the engineering trades. I would like to explore bringing it to Newcastle, where my constituency is based. Whilst Wired for Success is only at pilot stage, it could be a really practical way of boosting skills, promoting lasting employment and encouraging greater numbers of women to enter non-traditional sectors like the construction industry.’

Johnson concluded, ‘The blueprint for success that has been developed by the ECA is working – we are already changing lives. We hope that this debate is the start of a revolution in how we tackle female unemployment, and indeed, unemployment for under-represented groups in general. The existing methods aren’t working, and consequently, neither are women. Meanwhile, we are facing an industry skills crisis. Government doesn’t have a bottomless pit of funding and so it’s up to like-minded partners to work together to effect change – and it must start now.’ 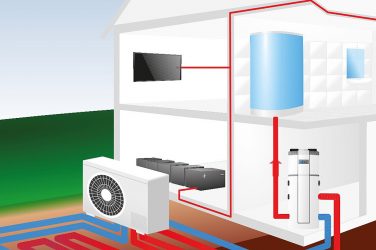 Renovate Europe, a political campaign group targeting an 80% reduction in energy use in ... 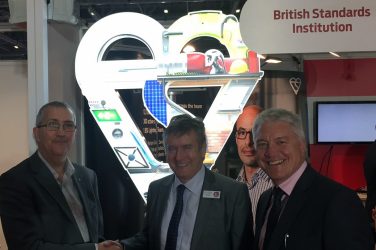 The Lighting Industry Association (LIA) and the BSI Group (British Standards Institution) have announced the ...

EMSc (UK) secures £50m to help companies save energy EMSc (UK) has announced it has ...