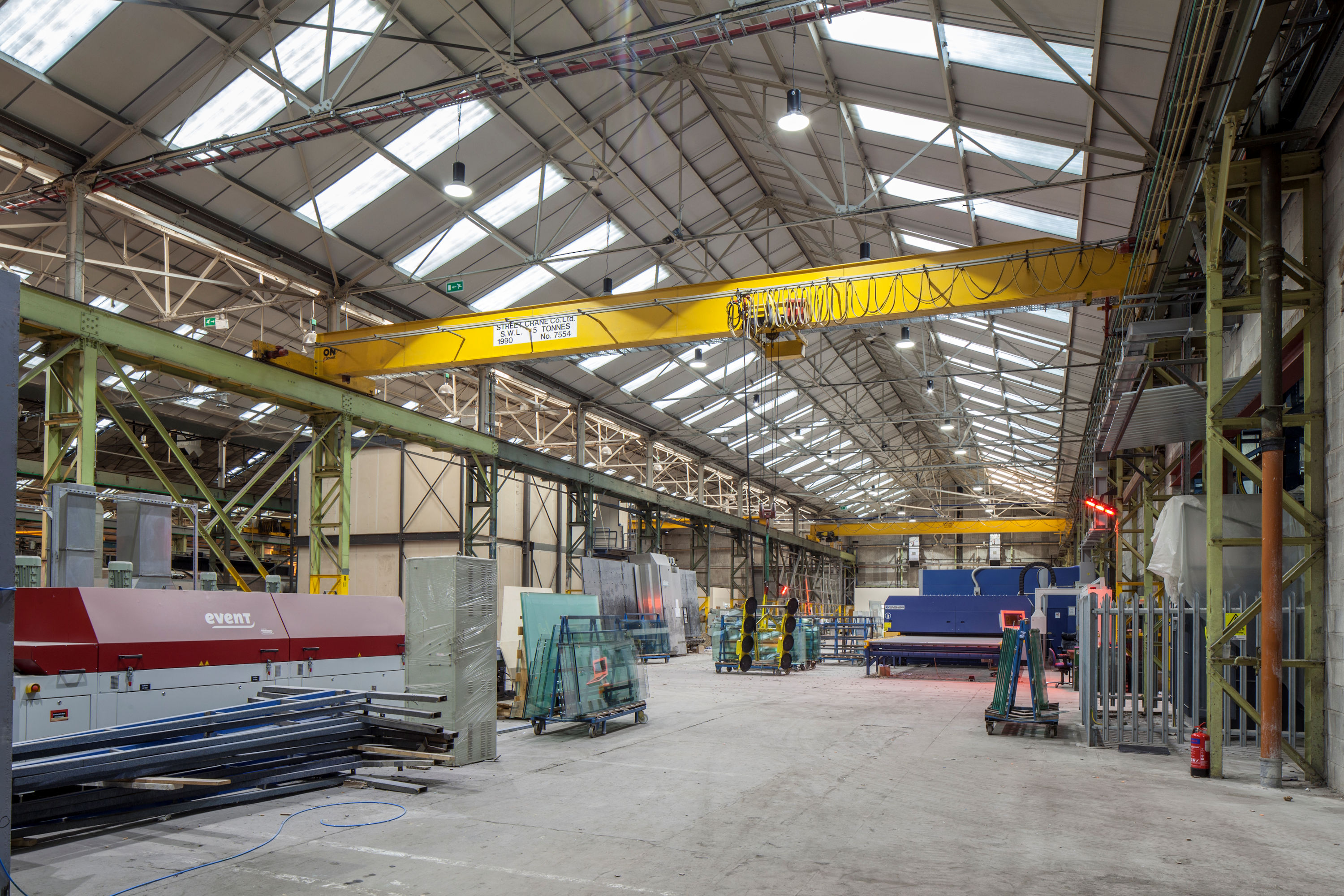 The production facility was originally lit by inefficient sodium high bays that were prone to failure and had to be replaced often. European Glass were looking for a brighter, more efficient alternative to their existing lighting that would eliminate maintenance costs altogether.

Mick Johal, Managing Director of European Glass, comments, “We were frustrated with our existing sodium high bay lighting as the lifespans were short, causing them to fail and flicker, resulting in unnecessary maintenance costs.”

Johal chose Goodlight after several customer recommendations. He was particularly impressed with the service received from Goodlight who provided an end-to-end lighting service, from surveys, financial modelling, design and installation.

“We manufacture glass seven days a week and work long hours to fulfil orders all around the globe. The installation of the Goodlight GX1 LED High Bays was arranged outside working hours so that our factory could still operate. As a business owner, this is a fundamental aspect of any major upgrade and I am impressed that Goodlight was able to work with us quickly, efficiently and professionally.”

The replacement LED High Bays for the factory included the GX1 120W and GX1 Plus 150W models. Designed and built with performance and reliability in mind, the GX1 LED High Bay (120W and 150W) features a patented ‘phase-change’ liquid core. This cooling system tackles heat by drawing the heat away from the LED, maintaining more lumens out of the super-bright LED chips, for longer.

The glass processing is conducted within the world’s largest, toughening furnace, therefore careful consideration had to be taken with regards to temperature control. A pilot of several LED High Bays from across the lighting industry was trialled, resulting in the GX1 leading in performance and class, securing the specification for the factory.

The 120W GX1 comes with a reflector and delivers 125Lm/W efficacy. The 150W model is reflectorless and delivers 135Lm/W efficacy. Both LED High Bays are rated IP65 – suitable for both internal and external use and ideal for illuminating large spaces such as warehouses, factories and production sites. Both GX1 LED High Bay models have a replaceable driver and optional plug-and-play LED chip, giving customers upgrade options at end of life, ensuring product durability.

Johal comments, “Since installing the new GX1 LED High Bays, our work team are benefiting from brighter visibility, reliable light performance, increased performance, plus staff sickness has also been reduced. We are delighted to report that we are saving 70% in energy and so far, have eliminated maintenance costs altogether.  This is a major factor in European’s further investment of newly developed Glass Heating machinery.”

Following the pilot installation at Stockport, European Glass Group are working with Goodlight to upgrade the lighting within their other three factory sites to LED lighting.

Saima Shafi, Sales and Marketing Director at Goodlight adds, “We are thrilled that European Glass has reported 70% in energy savings since installing Goodlight GX1 LED High Bays. As one of the longest standing, dedicated UK LED lighting manufacturers since 2006, our industry-leading technical range is quality engineered and built to perform in the most challenging environments, like deep underground on the tube, or even in production areas generating high heat like at European Glass. We have experience in delivering projects without business interruption, which is essential in 24/7 operational sites. European Glass are a shining example of how LED lighting for production factories can be effectively and efficiently improved, whilst reaping the rewards of energy and maintenance savings.” 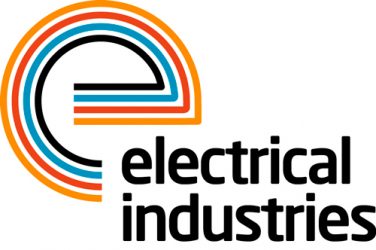 The Electrical Industries Charity joins the Queen for tea 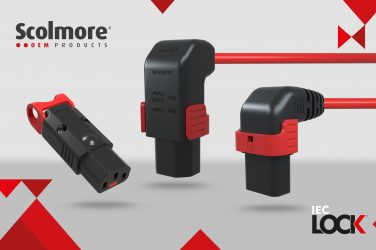 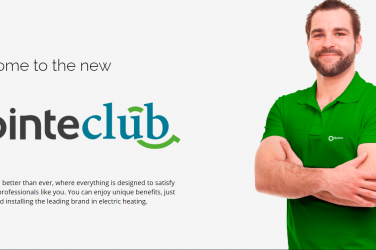 Exclusive benefits for electricians with the new Rointe Loyalty Club

Electricians and heating installers of Rointe products can now benefit from unique features and ...