Kneepads used by a growing number of UK electricians to prevent knee injuries are proving to be a big hit with American construction workers as their Glasgow-based makers set their sights on doubling the amount that they export to the United States (US) next year. Invented by a University of Strathclyde student, Recoil Kneepads are designed for use by tradespeople in sectors such as roofing, flooring, tiling and plumbing to reduce instances of severe knee pain, arthritis and prepatellar bursitis – more commonly known as ‘housemaid’s knee’.

After extensive testing by roofers, the company’s owner and inventor Vicky Hamilton started selling the kneepads on Amazon after going on a three-week US State Department-sponsored trade mission just before the start of the global pandemic. With support from Glasgow City Council, Recoil Kneepads identified the US as a key target market, as US construction workers are much more likely to look at ways to prevent workplace injuries or conditions early in their careers because of healthcare costs.

Recoil Kneepads has been sending regular shipments of kneepads to customers right across the US – and it has already achieved sales in all 50 states.

Vicky is gearing up for strong growth over the next 12 months in a bid to corner the US market, as the Scottish-made $90 kneepads are more affordable than top-of-the-range American ones, which are anything up to $250.

“There’s a real gap in the US market for UK tried and tested Recoil Kneepads, and, thanks to Amazon, they are readily available right across the country.” says Vicky.

“We’re excited about the growth potential, especially based on the feedback that we’re getting from American construction workers, who are very conscious of preventing injuries and conditions that develop from spending so much of their working days on their knees.

“It was a privilege to be part of the Young Transatlantic Innovation Leaders Initiative – a delegation of 50 European entrepreneurs who were invited to the US to learn about and experience the US entrepreneurial ecosystem. This took place just before the pandemic, so, as things open up again, it’s a great platform to build on. It makes me very proud to think that kneepads that I invented to help my dad’s arthritis have the potential to take America by storm.”

The 31-year-old came up with the idea after her father, Gordon Hamilton – a time-served carpenter who was suffering from arthritis – challenged her to design him new kneepads that were both comfortable and practical for her final-year design project as a student at the University of Strathclyde in 2013.

After graduating, it took a year of fundraising and product development (including more than 100 prototypes) to get the kneepads to a final design stage – after which it took a further year of manufacturing setup before the kneepads were finally launched in 2016.

The kneepads use RECOIL360ä Technology – for which Vicky holds the patent – and use a coil spring system to absorb impact and spread pressure more evenly across the knee. They also feature a wear-and-grip surface, a double Recoil spring action and comfort padding.

Whilst Recoil Kneepads has its sights set on US growth, Vicky’s connections with budding entrepreneurs as part of the Young Transatlantic Innovation Leaders Initiative mean that she has also been busy building networks in Europe.

“The Young Transatlantic Innovation Leaders Initiative has been a real game-changer for me, and it has opened doors and has helped me make connections with individuals who are equally entrepreneurial. We’re helping one another develop some very exciting business opportunities,” added Vicky, who is also looking to grow her network of stockists and distributors in the UK to increase the company’s foothold in the roofing market.

“We’ve only just scratched the surface of the opportunity in the US, but I’m also keen to maximise opportunities closer to home and expand the amount of stockists in this country so that more tradespeople – including roofers, floor layers, tilers, plumbers and electricians – can use our kneepads to reduce severe knee pain, arthritis and prepatellar bursitis.” 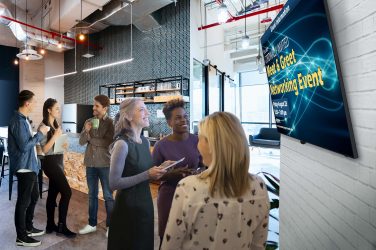 Panasonic has announced March 2021 availability for its new ultra-bright 4K professional displays, the ... 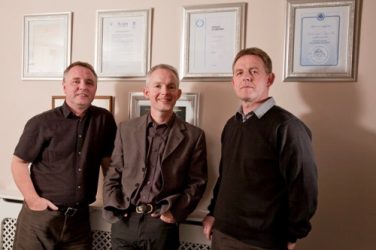