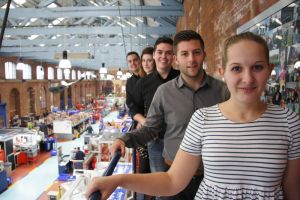 The latest programme attracted more than 300 applicants who were reduced to 50 by Gripple’s recruitment consultant, Management Bank, and then judged for communication skills, intelligence and team spirit, to be crucial to their business success.

A telephone interview whittled down the number to 20 who were then invited to Gripple’s headquarters where they were  interviewed face-to-face by Management Bank director Deborah King and Katrina Ritchie from Growth Led Innovation Driven Employee Company (GLIDE) – designed to represent the interests of all employees.
Nine graduates were invited to dinner with several guests, including Gripple chairman Hugh Facey, who initiated the programme. A graduate assessment day at Gripple followed, comprising an innovation test, teamwork, a presentation by each candidate and a final director interview.

The 2012 graduates have already made their mark at Gripple. Glenn Bills is now product manager at Gripple’s sister company, Loadhog; Jonathan Pankethman recently began a six month period as an industrial sales manager in Toronto; Susie Ramsden is benefiting from a three month placement at Gripple Inc in Chicago as a seismic marketing assistant; Chris Sampson, is now a supply chain coordinator, Frances Davis is a marketing coordinator and Michael Hodgson is a marketing and communications officer in UK industrial marketing, the latter three graduates based at Gripple in Sheffield.

Hugh Facey commented, ‘I believe strongly that effective training and attentive mentoring are essential to turning bright recent graduates into much needed entrepreneurs. I always welcome them to Gripple, where we do our utmost in putting this strategy into practice.’

Gripple does not have an HR department and has recently established a People & Culture programme to develop the company’s leaders, not only from the specially appointed graduates but also from within, who, in a great place to work, will benefit more from accessible leadership rather than HR support.

Next-generation fluorescent and LED lighting thanks to new phosphor? 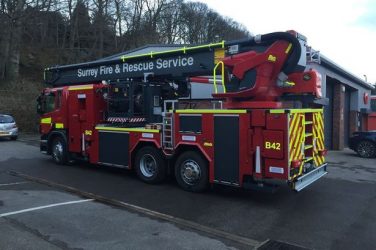