Even though only 12 Green Deal plans have gone live, the latest DECC statistics show that 71,210 assessments were carried out up to the end of August and 194,751 measures installed under ECO, which works in partnership with the Green Deal, up to the end of July. Also, according to the latest DECC public attitudes survey, over half (56 per cent) of those who had an assessment went on to have something installed on their home, as a result. The success or failure of the scheme should not be judged on actual plans, as Green Deal finance is not the only way to improve the energy efficiency of homes via the Green Deal.

NAPIT supports proposals to amend the scheme, such as the Federation of Master Builders’ (FMB) suggestion of a VAT reduction, in order to boost consumer interest. NAPIT would also suggest improving the financials of Green Deal, such as stamp duty (exclusion or reduction) and lower interest rates. However, a complete overhaul of the system would result in huge investment being wasted before Green Deal is given a real chance to have an impact.

NAPIT’s director of standards, David Cowburn, said, ‘It would be a mistake to completely overhaul the scheme at this relatively early stage, especially in favour of other untried and untrusted alternatives. We would like to see additional steps taken to increase attractiveness and consumer interest as a starting point.

‘There are positive signs in DECC attitudes surveys and in the amount of Green Deal Assessments that have already taken place. We fully support any positive steps that can be taken by the industry and the government to increase interest from homeowners. With a little more time and more incentives introduced, we are hopeful the Green Deal can deliver.’ 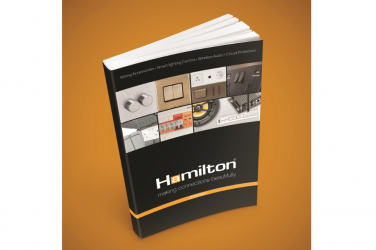 Hamilton Litestat’s new 2020/21 catalogue is now available online and provides details of its ...