Set to outline the benefits and potential opportunities available for trades businesses, the launch event will be held at Aberdeen’s Trinity Hall – home of the Seven Incorporated Trades of Aberdeen – in association with main event sponsor, The Stewart Milne Group, and is open to tradesmen or representatives of trades companies in the North East who might be considering entering the awards.

Designed to showcase knowledge, experience and integrity of the region’s joiners, builders, plumbers, electricians and other skilled workers, the awards are now in their third year.

Darren Ross, director at Xcite Media Ltd comments, ‘Our awards have gained significant industry recognition since their inception in 2012 and have become a highlight in the local events calendar. Not only is there nothing else like this currently in this area, but it is also one of the only opportunities for trades businesses to gain recognition in a predominantly oil and gas dominated region.

‘The awards are a great opportunity to highlight the fantastic work tradesman have undertaken in the past year, and we have come to identify some real unsung heroes who have gone above and beyond in the trades sector.’

Stewart Milne, executive chairman of Stewart Milne Group says, ‘We are delighted to support this event. Our skilled trades people are a crucial part of our business and with significant growth in house building, it’s a great time to have a trade. We’re currently recruiting for over 200 skilled trades so there are plenty of opportunities. Tradespeople are highly skilled and highly valued by us. They have a critical role to play as our group prepares to significantly increase in size. Recognising them in this way is an honour.’

‘While the Trades association dates back hundreds of years, we are very much keen to see engagement with the modern trades industry as something that will allow this historic association to continue for hundreds more. Trinity Hall, home of the Seven Incorporated Trades of Aberdeen welcomes such a variety of modern trade and business professionals that form the trades membership.’

It is free to submit nominations to the Trades Awards, with twelve award categories open for entries. Each applicant is eligible to enter a maximum of three categories each and each award winner will be selected by an independent panel of judges.

For further information, a full list of categories or to register an interest in sponsorship opportunities log onto www.tradesawards.com 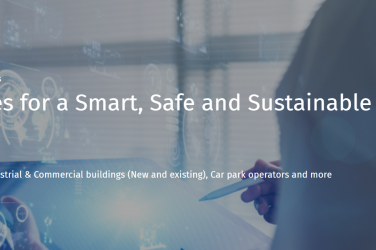 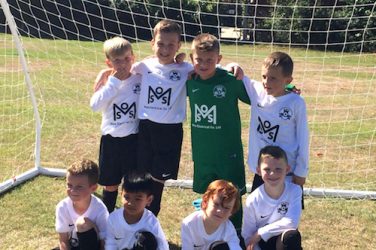 Under 8s score Moss sponsorship The juniors of Colebrook Royals FC will be showing ...