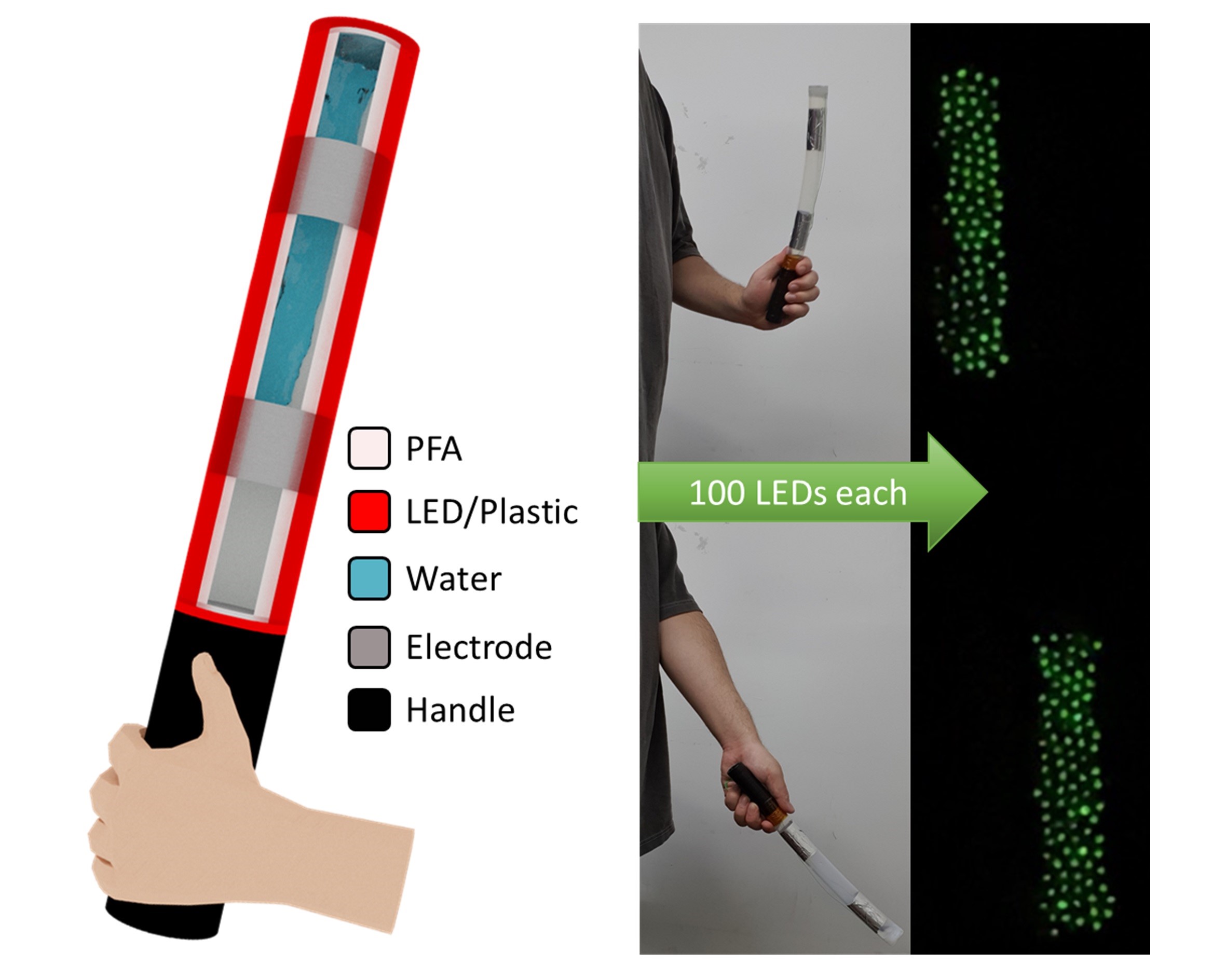 A new stick-like, water-based device can convert energy from movement into electricity. The technology, which was reported in the journal Science and Technology of Advanced Materials, could be used to power portable devices, such as safety lights.

With the growing interest in the internet of things and small electronics, there is high demand for portable energy sources. One way to produce power is to harvest energy from the environment, such as thermal, solar or mechanical energy. To capture mechanical energy – the power an object gets from its position and motion – scientists have developed triboelectric nanogenerators, which can produce electricity through friction.

“Triboelectric nanogenerators are one of the most effective tools for harvesting mechanical energy because of their high electrical output, low cost and easy accessibility,” says professor Sangmin Lee of Chung-ang University in the Republic of Korea.

Triboelectric generators are electrically charged when two dissimilar materials touch and then separate. For example, when a balloon is rubbed on clothing, the balloon becomes charged and can stick to things. However, friction between two materials inevitably causes damage, reducing device lifespan.

Using liquids can reduce friction, but liquid-based generators have a considerably lower electrical output than solid ones. There is also a trade-off between making the device large enough for the liquid to move and generate electricity, while also ensuring it is compact enough to be portable.

To overcome these problems, researchers at Chung-ang University, together with colleagues in South Korea and the US, developed a lightweight, compact, water-based generator that can produce electrical power when shaken.

The device has a simple stick-like design and consists of 10ml of water, a polymer cylinder and electrodes. The container’s polymer material is negatively charged. The water moves up and down when the device is shaken, acquiring a positive charge that is transferred to the electrodes to generate a high electrical output.

“Because of its simple mechanism and design, this small and lightweight device could be used in everyday life. Electrical power can be produced simply by pouring water into the generator then giving it a shake,” explains Lee.

The researchers tested different designs, changing the size and ratio of the electrodes, the physical space between the electrodes and the amount of water in order to determine the optimal combination. They found that the portable stick generator could generate a high electrical output reaching 710 volts when it had adequate space for water movement and a high electrode area.

The researchers showed that the generator can power 100 LED lights, meaning it could be used as a traffic safety light baton that illuminates when shaken. This study demonstrates the potential for triboelectric nanogenerators to be used for a wide range of everyday applications. 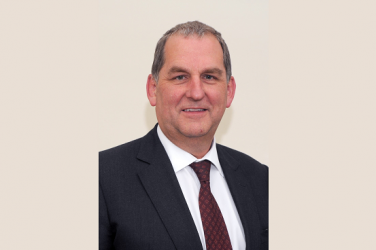 Protecting the million private renters in Wales The charity, Electrical Safety First, is delighted its call ... 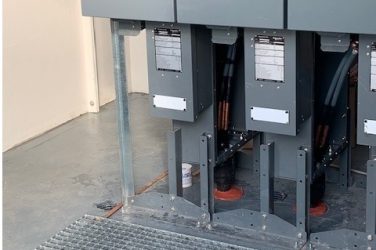