Recolight is celebrating its achievements since the WEEE Regulations were introduced in 2007.

Recolight chief executive Nigel Harvey commented on the milestones that Recolight has reached and the outlook for WEEE over the next 12 months, at an event to mark the fifth anniversary of the WEEE Regulations: ‘Recolight’s passion and dedication to lamp recycling is clear from the figures. We have funded the recycling of over 125 million lamps since July 2007, and since the beginning of 2010 we have seen our membership nearly double from 56 to over 100 members.’

Business waste collections are at the heart of what Recolight does. Harvey continued, ‘There are now 1,140 B2B collection points in the Recolight network, of which more than 340 are open and available for any business to use on a free of charge basis. We also provide approximately 100 ad hoc collections from relamp projects each month.

‘Recolight is committed to extending recycling services to all. Given the ubiquitous nature of lamps, we now work with a broad range of organisations, including hospitals, universities, local government and even police forces dismantling cannabis farms.

Looking to the future, Harvey notes that there are major changes in store for business and consumer lamp recycling. ‘The recast of the WEEE Directive will lead to big changes. The extent of the changes won’t be clear until the WEEE Regulations are finalised in 2013. What we know for certain is that there will be higher targets, and these will have a large impact on everyone involved in the supply chain.’

Harvey also commented on other processes underway that will affect the lamp recycling industry. ‘The government is also considering other changes following the outcome of the Red Tape Challenge, which seeks to reduce the burden of regulation that businesses face. The Department for Business, Innovation and Skills has launched a call for evidence, to which all producers are invited to give evidence. Again, although it is unclear what changes may take place, what is clear is that the government is undertaking a full review of the WEEE system.’

While there is still much to be done to raise awareness among consumers and businesses, Harvey is confident that the UK will be able to rise to the challenge of increased targets. ‘In preparation for the revised WEEE Regulations, Recolight is doing all it can to ensure that lamp recycling is made as easy as and as accessible as possible. Achieving the higher targets will require a joint effort, and Recolight is keen to help any organisation interested in contributing to this.’ 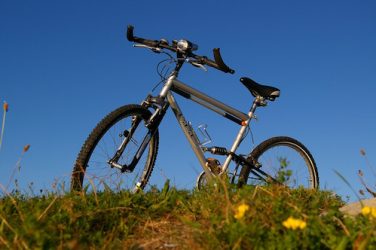 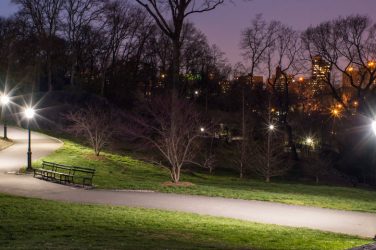 The time of year for exterior lighting is here