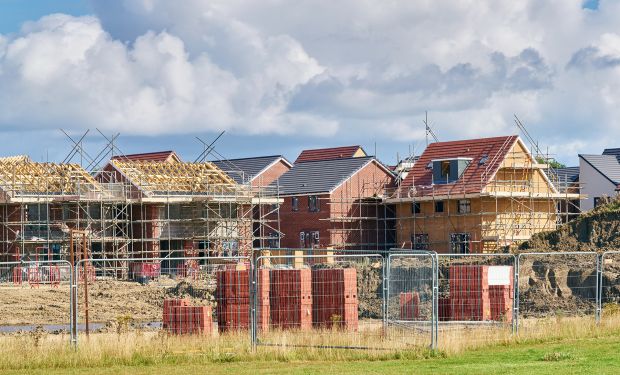 The Ministry of Housing Communities and Local Government has launched a consultation on changes to Part L and Part F, an initiative that could be crucial to deciding whether the UK government fulfils its pledge to deliver net-zero emissions by 2050. But do the proposed changes go far enough?

The proposed regulatory amendments will be aligned to the long-awaited Future Homes Standard (FHS). Due to be introduced by 2025, the FHS will require new-build homes to be future-proofed with low-carbon heating and ‘world-leading’ levels of energy efficiency.

According to the Technology Strategy Board, the built environment is responsible for 45% of UK carbon emissions, therefore any proposal that includes a credible plan on how to improve that figure is most welcome.

Indeed, energy efficiency is core to the FHS, with improved and more stringent fabric efficiency standards to be introduced in 2020, among the headline considerations. It’s proposed this unprecedented level of energy performance will be met by minimising heat loss from walls, windows, doors, floors and roofs, as well as by paying more attention to junction details.

The proposed changes to Part L and Part F regulations contain two carbon reduction options. The first option includes plans for a 20% decrease in CO2 from new homes compared to current standards, which the government says could be achieved through ‘very high fabric standards’, gas boiler and a waste water heat recovery system. The second option (and the government’s preferred option) represents a 31% CO2 decrease through a combination of fabric improvements alongside low carbon heating technologies and PV panels.

In my opinion, a combination of both options would prove most effective in helping achieve the required net zero target. As outlined in option one, employing ‘very high fabric standards’ and insulating a building to improve its airtightness, is crucial to reducing emissions.

However, option two appears to offer something of a halfway house solution by proposing low carbon heating technologies, such as air source heat pumps, to bolster a building’s thermal performance. It seems, then, the government has decided that electricity is the go-to low carbon source due to its production through the use of gas, nuclear, wind power and solar farms.

As previously stated, the aim to reduce output of carbon dioxide from buildings is valid and extremely vital, but I feel the government is painting themselves into a corner by not focusing on a fabric-first approach in relation to this issue. True, low carbon heating systems will decrease energy usage, but electricity will still be their driver; hence emissions will continue to be produced.

In essence, by preferring option two of the proposed regulatory changes, the government is opting for less fabric thermal efficiency and more technology. It’s a strategy that appears to overlook the fact that a well-insulated home doesn’t require much heating – if at all in a Passivhaus-standard property.

As part of the proposed regulatory changes, the government has also said it will look to reduce the amount of time a property can be built to old building regulations once planning permission is approved and work at the development site has started. This was introduced in order to prevent developers ‘sitting on’ developments and building a house to what would then be out- -of-date regulations.

With regards to this issue, perhaps it might be an idea to set a planning/building threshold on a house-by-house basis over a three-month period. This could result in houses on one estate being built to older regulations before the new ones are enforced, but it will hasten these much-needed changes. And surely, if we are to achieve our net-zero emissions by 2050, quicker rather than slower action is required. 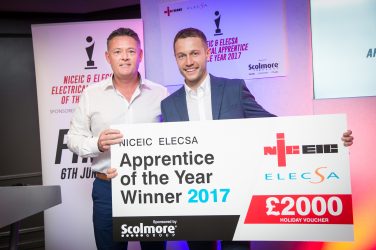 George Maynard from Leicester has been crowned winner of the 2017 NICEIC and ELECSA ...