ABB variable speed drives (VSDs) are saving office equipment manufacturer Ricoh over £100,000 per annum on energy costs at its production plant in Telford.

The 52 acre site employs 750 people over its three production buildings and operates processes involved in the production of colour imaging technology, as well as machine recycling, toner production, injection and blow moulding.

With extensive office and production areas, the site has a large number of air handling units (AHUs), as well as water circulation pumps and compressors, contributing to a total utility spend of £1.25m per annum. Ricoh’s energy specialist, Andy Smith, was keen to reduce energy consumption and initially trialled two ABB drives, one on a pump and one on an AHU. These were provided on a hire drive basis by ABB Drives Alliance member, Central Group.

‘The results were very favourable,’ said Smith, ‘encouraging us to evaluate all possible motor driven applications on site for their energy saving potential. Our project prioritisation process evaluates criteria such as CO2 saved, technical complexity, risk and return on investment. VSD installations were subsequently identified as a key energy saving technology, being simple to install and giving excellent payback.’

Some 90 per cent of the originally identified applications have now been retrofitted with ABB drives. A total of around 70 drives run a large variety of applications around the site, with an average payback time of around six months per installation.

In addition to providing significant energy savings, ABB drives have allowed Ricoh to gain better control over a number of processes. An example is the laboratory where the properties of the manufactured toner are tested. To achieve optimum test conditions, the temperature and humidity values within the laboratory must be maintained at constant levels. Using an ABB drive to control the laboratory air flow ensured that temperature was controlled to within 0.5oC of the set point. An ABB drive controlled humidifier ensured that humidity varies by no more than 1.5 per cent.

Running at 35Hz, the power consumption was further reduced to just 1.6kW, providing a payback of just three months.

Other features of the ABB drives that Smith has found of use include the supervised relay output function, which allows the drive to control motors dependant on the status of connected equipment and Modbus compatibility, which allows control and monitoring of applications over a PLC network.

‘The timer and constant speed functions have proved very useful to us,’ said Smith. ‘Combining these features, we can run the AHUs at varying frequencies over the seasons. In many cases, we run AHUs at 45Hz in the summer, 30Hz during winter and at 35Hz during other periods, all automated within the drive.’

Another energy saving feature employed by Ricoh is the sleep mode function, which is programmed to put the drive into a ‘PID sleep’ mode whenever there is no demand from the process.

‘The latest ABB drives now have energy calculators that display total energy consumption on the control panel screen,’ said Smith.’“We are using this to increase energy awareness among staff by showing just how much energy applications such as granulators actually use.’

Ricoh’s Capital Equipment Specification now assesses the feasibility of installing VSDs on all new equipment. Said Smith, ‘We try to purchase equipment that can benefit from VSD control. Having previously proved the extensive savings that can be realised, we don’t want to miss out on further opportunities to save even more energy.’ 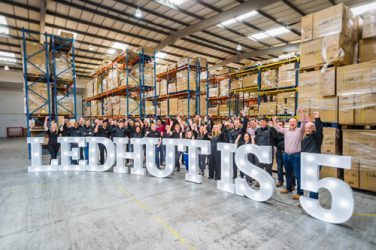 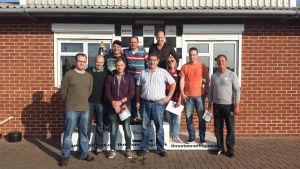 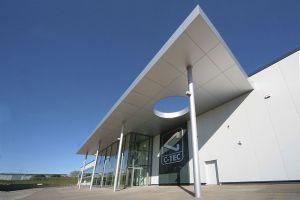 C-Tec relocates to new premises C-Tec has celebrated its 30th anniversary by relocating to ...