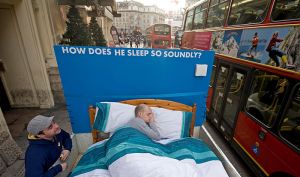 A ‘Sleeping Man’ took to his bed in London to prove how no matter what other noise might wake the sleeper at night, it won’t be Vent-Axia’s recently launched Silent Fan.

The Sleeping Man was also highlighting the results of a survey commissioned by Vent-Axia, which showed that over 40 per cent of those surveyed reported that they or their child had been woken in the night by a bathroom or toilet extract fan.

Carrying the Twitter hash tag #SleepingManLDN and QR codes for www.sleepingman.co.uk he travelled through central London, stopping at The London Eye, Piccadilly Circus and Charing Cross Station, three of the city’s busiest and noisiest places. He pulled up for a prolonged nap in busy Dean Street and in the shadow of the BT Tower as well as driving his bed over Westminster Bridge and taking a turn around Parliament Square.

Although many who live and sleep along busy roads all over the UK, learn to live with and filter out ambient noise from their locality, it is often the sudden sound from a noisy extract fan in the bathroom or toilet that wakes them at night or simply prevents them from relaxing. The survey also showed that 55 per cent of respondents found a noisy extract fan the most annoying sound that could be heard in the bathroom, overtaking screaming children or draughts whistling through badly fitting windows. 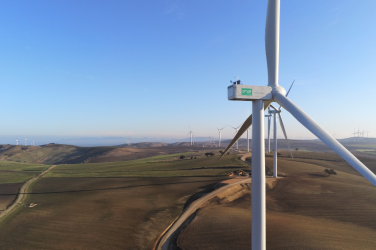 Johnson & Johnson has announced that the company has executed three separate virtual power ... 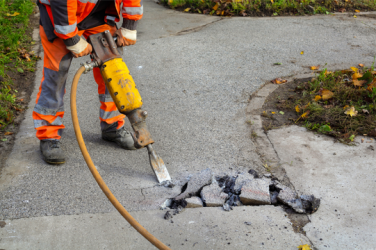 Builders are being urged to stay safe around live cables

Builders are being urged to prioritise electrical safety after the trade was involved in the ... 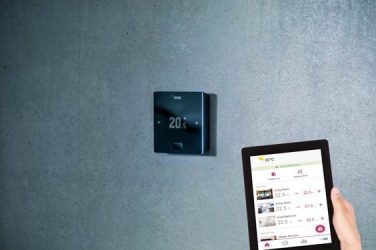 As Statista research predicts the smart home sector will grow by 15.06% each year ...