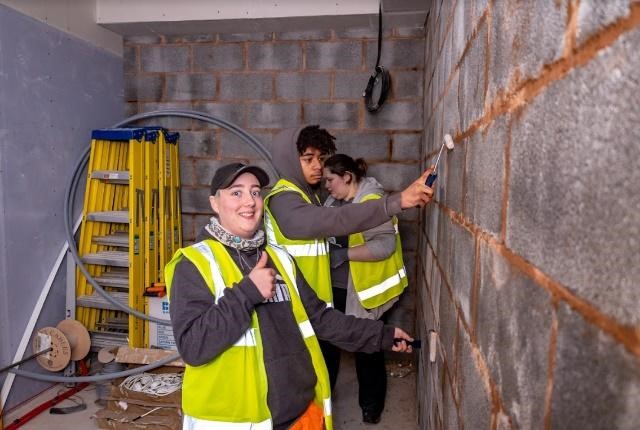 Toolstation has announced its latest tie-up with the Volunteer It Yourself (VIY) social enterprise, helping fund a construction project at Wembdon Village Hall, based in Bridgwater. The project oversaw the creation of a dedicated youth space within the hall for local young community members to utilise for social activities and gatherings. 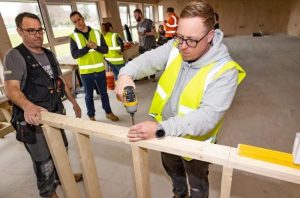 Originally built in 2017, Wembdon Village Hall is a community centre that offers a wide choice of sporting facilities and event space capable of seating 180 guests. However, part of the building was never completed upon construction. With a clear need in the area for a dedicated youth space that serves the growing population of local young people, Toolstation partnered with VIY to help complete the project.

Over a total of 103 days, VIY created a new youth and community space in the unfinished part of the building, including erecting walls, implementing storage, laying flooring, plastering, and decorating.

The project saw 31 participants, aged between 14-24 years, learn hands-on skills, and get involved in the construction planning process, whilst building a communal centre that they can take advantage of over the coming years. These volunteers were sourced from local community groups, including Bridgwater & Taunton Construction College who had strong ties with the village hall and saw the project as the perfect opportunity to offer work experience for their students. Other local communities involved in the project included: 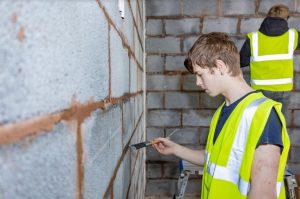 The initiative is helping more young people learn DIY and trade skills and to consider a career in the construction and building industry.

The VIY programme combines DIY and volunteering and challenges young people to help repair and refurbish community facilities while learning vocational trade skills on the job, helping them become more employable in the construction sector and beyond.

The construction of a new communal space in Wembdon Village Hall is the sixth VIY project which Toolstation has helped to fund, with previous projects including the creation of an outdoor social and exercise space for Coventrians RFC in Coventry, the rejuvenation of a community centre in New Malden and the refurbishment of Southbrook community centre in Daventry. 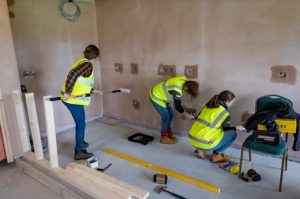 Toolstation plans on helping to fund further VIY projects throughout the year and aims to help a further 100 young people gain qualifications and consider a career in the trade, on top of the qualifications already achieved from previous projects.

Greg Richardson, Head of Marketing at Toolstation, one of the 37 colleagues who volunteered, says: “It was great to see everybody getting involved and doing something so constructive…literally! The whole team really enjoyed the day, and we hope this project has encouraged young people to develop confidence and learn practical trades skills and earn a qualification. We’re delighted to continue our support of the incredible work performed by the VIY team to build a fantastic community space at Wembdon Village Hall and look forward to continuing our partnership in the future.”

Tim Reading, CEO and Co-Founder of VIY says: “This project has been a great example of working with our trade partners at greater depth, with Toolstation colleagues volunteering their time down on the ground to support young people and a vital community space in their local area. It’s also a great experience for our young people to work alongside and interact with representatives from a local, prospective employer on their doorstep and the opportunities for progression that may be available to them following their time with VIY.” 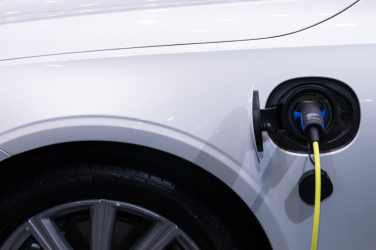 Schneider Electric commits to converting its fleet to electric by 2025

Schneider Electric has announced today that it will electrify 1200 vehicles by 2025 for its ... 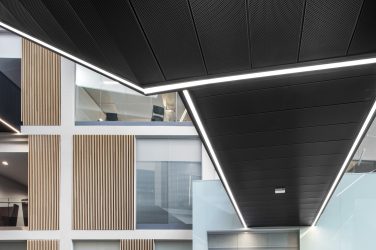 Zumtobel Lighting has supplied a new, efficient lighting solution – which includes a lighting ... 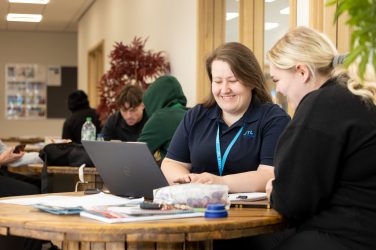 JTL reminds employers of the importance of functional skills

JTL is reminding employers about the importance of functional skills as part of apprenticeship ...